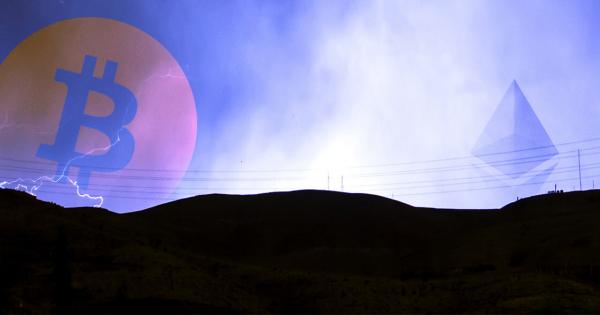 Bitcoin’s hash rate has been on the rise since its 50 percent drop last year and has regained over 80 percent of its all-time-high rate. Meanwhile, the Ethereum hash rate has fallen by almost 50 percent as the blockchain enters its transition from proof-of-work (PoW) mining to proof-of-stake (PoS) staking.

The early days of March have brought about optimism into the crypto industry, as most digital coins saw modest price increases. This has prompted many to believe that the crypto winter that has put the entire market at a halt has finally “come to an end.”

When it comes to cryptocurrencies, one of the best indicators of a recovering market is a growing hash rate. As the number of people coming into the crypto ecosystem increases, the prices either stabilize or continue growing as the market adjusts to the positive developments.

As the largest cryptocurrency by market capitalization, Bitcoin and its hash rate are often taken as the most important indicators for the state of the entire market. Back in 2018, Bitcoin’s hash rate dropped from 60 million terahashes per second to just 30 million. At the same time, following the hard fork war around Bitcoin Cash, the coin’s price dropped to around $3,200 from its $6,400 strong position.

Therefore, Bitcoin’s ability to regain some of its lost hash rate has prompted many to believe better times are coming. According to data from Blockchain.com, Bitcoin’s hash rate has climbed up and now stands at around 50 million terahashes.

Meanwhile, Ethereum has had a far worse month than Bitcoin. The Ethereum hash rate has dropped 50 percent and is currently hovering around 150 TH/s (terahashes per second). This is in sharp contrast to August of last year when the network had its all-time high hash rate of nearly 296 TH/s.

Dovey Wan, the co-founder of crypto startup Primitive, tweeted “this is the most direct reflection of confidence from miners based on their expectation of that PoW coin.”

The entire market is left wondering whether Ethereum will manage to get its network hash rate back to its peak before the blockchain transitions from proof-of-work (PoW) mining to staking (PoS). The highly-expected Serenity “ETH 2.0” upgrade is supposed to bring the network into a new era.

However, the expected upgrade has most likely caused many miners to close up their operations before the new version comes, as most of their mining rigs would effectively be made obsolete.