While many don’t know it now, there was a time when China was a hub for all things Bitcoin. 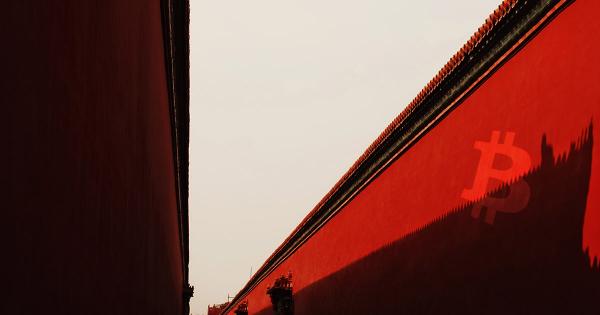 Photo by Zhipeng Ya on Unsplash

While many don’t know it now, there was a time when China was a hub for all things Bitcoin.

Bitmain — once one of the most valuable crypto-only companies —was launched in China. Many of Bitcoin’s earliest “whale” investors were from China. And a majority of crypto mining was (and still is) based in China.

It has been a bit of a surprise, then, to hear from one prominent Bitcoin exchange founder that there was a concerted effort by the Chinese Communist Party to suppress the price of BTC.

Last week, crypto research firm Messari sat down with Bobby Lee — founder of the BTCC China exchange, one of the earliest and once of the largest crypto exchanges, and brother of Litecoin founder Charlie Lee.

During the interview, Lee imparted that he was called twice by the Chinese government — once in 2013 and once in 2016/2017 — to suppress, to “squash,” the price of Bitcoin. Of course, due to the international nature of the crypto market, Lee said that he told the government contact that he could do nothing, even if he wanted to.

“The price goes down, they’re happy — it’s not on their radar. Of course they came knocking [when the price went up] and went, ‘oh, you made Bitcoin go up to $1,000. Squash it back down’. […] Remember, I was talking to Chinese Community Party members who are known to be market manipulators,” Lee said.

Governments have come a long way in their understanding of #Bitcoin

In our latest halving 2020 podcast powered by @Bitstamp, @bobbyclee recalls the time where the Chinese Communist Party instructed him to lower the price of bitcoin pic.twitter.com/qUF3jXzfrc

Although it is estimated by CoinShares Research that two-thirds of Bitcoin mining activity is still based in China, the country has continued its anti-crypto trend, though it is unclear whether or not it is still trying to actively dampen Bitcoin prices.

The central bank asserted that the sale of these tokens for Bitcoin, Ethereum, and other cryptocurrency remain “essentially unauthorized illegal public financing, suspected of illegal sale of tokens, illegal issuance of securities and illegal fund-raising.” Cryptocurrencies have “seriously disrupted the economy and financial order,” the central bank concluded.

This is in reference to the Chinese government’s ban on the trading of Chinese yuan for cryptocurrencies, which is in line with the country’s more protectionist policy.

Chinese state paper Xinhua, the most read paper in China, published an article bashing Bitcoin around the same time, calling it “highly concentrated/centralized” phenomena, a trend that is bad for the climate, and a currency “most importantly” used for black market transactions.

Interestingly, cryptocurrencies remain a popular topic amongst the Chinese in spite of the anti-Bitcoin rhetoric from certain governmental agencies and related entities.

Prior to the halving earlier this month, Samson Mow of Blockstream observed that Weibo — a social media platform used by hundreds of millions within China often dubbed “Chinese Twitter” — was ablaze with talk about BTC. The Chinese term for “Bitcoin” was the 19th trending topic on the platform.