The bitcoin price has surged by a staggering 40 percent in the past 30 days. 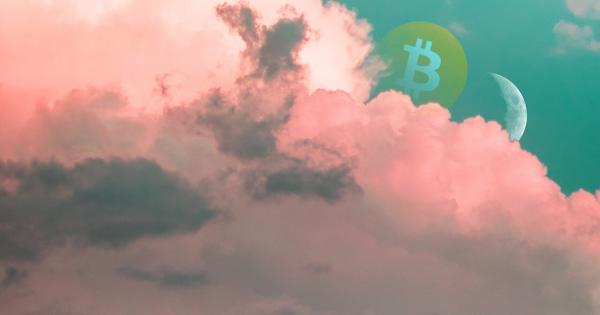 The bitcoin price has surged by a staggering 40 percent in the past 30 days. What’s causing the new wave of momentum and interest in BTC?

While the initial 20 percent BTC rally the first week of April, which pushed its price from$4,200 to $5,000, was considered positive upside movement by many. However, analysts like ProChain Capital president David Tawil were concerned that the rapid upwards movement may make the coin vulnerable to a sudden drop—a bull trap. Tawil said:

“It’s nice to see a positive move as opposed to a negative move, certainly. But at the same time, for investor purposes, it’s not a particularly comforting move. Certainly, an investor would much rather see a gradual rise with constant floors in terms of downside being established, as opposed to a very, very quick run-up. It could easily be easy come, easy go.”

But from $5,000 the bitcoin price has continued to move past key resistance levels, ultimately reaching $5,600 in most major markets and stabilizing at $5,500.

What Potential Stimuli Exist For Bitcoin?

Bitcoin is up 40 percent in the past 30-days and has recovered to its 2018 4th quarter levels. The dominant cryptocurrency would need strong stimuli to potentially move past the crucial $6,000 level, which even skeptics like former IMF economist Mark Dow have considered to be an important region for BTC.

Still a beautiful chart. If bitcoin can't bounce to at least 5k-6k soon, it's a really bad sign for the cyberbulls. And if it breaks down thru the yellow line at any point, even the HODLers need to GTFO. $BTC $XBT pic.twitter.com/FqqyzE1mhb

One potential stimulus that may act as a catalyst for the next major upside price movement of bitcoin is the rapidly rising volume of the CME bitcoin futures market.

On Apr. 23, Matt Hougan, the Global Head of Research at Bitwise Asset Management, reported that the volume for the CME bitcoin futures market on April 22 surpassed the daily spot BTC volume of Binance, the largest cryptocurrency exchange in the global market. Hougan said:

Throughout the past year, the potential impact of the regulated US bitcoin futures market on its price trend was largely dismissed due to the overwhelming amount of trading volume that is faked on crypto markets.

Bitwise, in its presentation to the US Securities and Exchange Commission, reported that 95 percent of the volume in the cryptocurrency market is fake and that only 10 exchanges have real BTC volume exceeding $1 million per day. The Bitwise report read:

“When you remove fake volume, the real BTC volume is quite healthy given its market cap. Gold’s market cap is ~$7T with a spot volume of ~$37B implying a 0.53% daily turnover. Bitcoin’s $70B market cap would imply a 0.39% daily turnover, very much in-line with that of gold.”

The noticeable increase in demand for bitcoin in the regulated US market at a crucial period in which the asset is testing important resistance levels above $6,000 could contribute to the improving sentiment around the cryptocurrency.

The real daily volume of the bitcoin market calculated based on the ten exchanges listed by Bitwise has increased from $270 million in early March to $661 million according to OnChainFX, a more than two-fold increase over the past month.