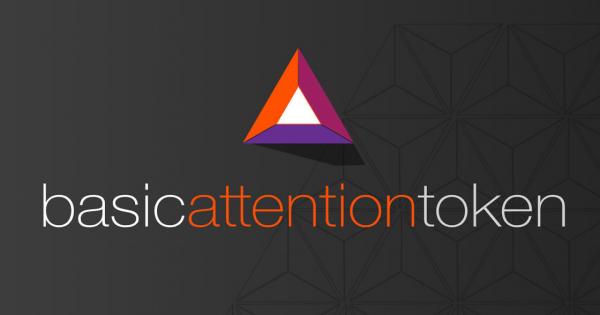 Advertising is big business. We see its lurking presence on huge signs as we drive down the highway, our TV shows are interrupted so that we can see a quick sales pitch for laundry detergent, and even gas stations are equipped with ad pumping televisions screens.

That’s not even the half of it. A lot of our time, upwards of ten hours a day, is spent in front of a computer or a mobile screen, and that’s where the real advertising takes place. Targeted advertisements follow us around the internet in the hopes of selling us just the right product at just the right time.

In total, companies spent just over $200 billion on advertising in 2017, and, according to data by Statista, that number is expected to increase to $260 billion by 2021.

It’s not difficult to understand why. We are paying a lot of attention to our screens.

In June, Facebook CEO, Mark Zuckerberg took to his platform to announce that Facebook eclipsed 2 billion users for the first time. What’s more, data from the Pew Research Center shows that popular social media sites like Facebook are typically accessed at least once a day and almost never less than once a week.

Facebook is not a microcosm. It’s representative of the entire internet where billions of people are placing their attention every day.

But people are not stupid, and these ads are annoying, inaccurate, and, in many ways, just creepy. Advertising is a lucrative industry that’s flush with flaws, inefficiencies, and opportunities.

Basic Attention Token (BAT) wants to be a part of the action. More specifically, it wants to make the whole experience better for everyone.

BAT is located in San Francisco, California, just down the street from Coinbase. Relative to many other blockchain startups, BAT employs a large team, upwards of 30 employees, to propel the project.

During its initial coin offering, BAT raised $35 million in under 30 seconds. BAT has also raised another $7 million from investors for the creation of its Brave web browser.

BAT was co-founded by Brendan Eich and Brian Bondy, both of whom have extensive experience in the tech world.

To say Eich has an impressive resume would an understatement and he is the creator of JavaScript and also the co-founder of Mozilla Firefox. Meanwhile, Bondy developed his skill set working with the Khan Academy and Evernote.

With this project, Eich and Bondy have seemingly applied their experiences into a new, iterative web browser that’s specifically focused on changing our approach to advertising.

Here is a short video (3:07) of Eich explaining how Basic Attention Token works:

BAT is a utility token on the Ethereum blockchain. It will serve as a unit of exchange between publishers, advertisers and users.

Interestingly, BAT is predicated on the understanding that consumers are tired of digital advertising. According to their data, ad blockers are on more than 600 million phones and devices, and they categorically believe that the current adverting methodology is harmful to users, publishers, and advertisers.

The Solution: Meet the Brave Browser

Their solution is the Brave browser. Available for both Mac OS and Windows, the Brave browser blocks ads and trackers, while allowing users to contribute directly to platforms that they value. In some ways, this feels like an altruistic solution to a widespread problem.

After all, decades of digital advertising have led most of us to believe that our favorite websites are free experiences, when in fact they are actually funded by advertising.

However, the Brave browser is also developing a slightly more compelling option where users can monetize their time and attention by viewing advertisements. Publishers and content providers can apply for platform integration, and users can agree to see their ads. Users are compensated in the platforms native BAT currency, which they can distribute to the platforms they enjoy.

This seems like a far more realistic scenario since users don’t have to apply their paycheck to their favorite platforms. It’s akin to reverse-target advertising in which users can target the platforms that they want to support rather than platforms targeting uses with advertisements.

So far, more than 150 publishers have completed applications to be integrated into the Brave browser.  This is in addition to over 10,000 verified publishers in total (YouTube channels + regular domains).

By the end of 2017, BAT is reporting over 1 million active users for its Brave browser, which is a small fraction of the overall browser market, but it’s a meaningful milestone none-the-less.

The Benefits of BAT

As compensation models are becoming less favorable for content producers on platforms like YouTube, BAT has been receiving considerable attention on social media as an alternative capital raising method for content creators on many different platforms.

For example, YouTube creators can sign up to be eligible to receive BAT tokens as compensation from viewers for their work. The Brave browser offers an ad-free YouTube video experience. It also allows for a direct monetary relationship between the content creator and their audience.

The long-term impact could be found in previously unobserved cost savings.

For example, according to data compiled by NYT.com and reported by Brandon Goldman on Medium, there is a significant difference between the actual cost of content, which is relatively negligible, and the cost to download ads and tracking.

While targeted online advertisements were once the gold-standard for effective advertising, consumers collective fatigue, the negative impact of ads on device performance, and the rise of the decentralized blockchain means that new models are emerging.

Last week, the Brave browser began a million dollar token giveaway to its desktop browser users. By distributing about $5 worth of BAT tokens to 200,000 users, Brave is demonstrating the platforms ability to fund content creators through users’ contributions.

BAT has a niche, but dynamic social media following. With over 60,000 Twitter followers and 15,000 Reddit members discussing their platform, they are reaching a sizeable audience.

Where to Buy BAT

The BAT token is available on dozens of crypto exchanges, but most of its trading activity occurs on Binance, Huobi, and Bittrex.

The Brave browser and its accompanying BAT token is a compelling first glimpse at what this new concept might look like. With an experienced development team, a successful token launch, and a growing user-base, there are many reasons to be optimistic about the project.

Of course, as with other ERC20 tokens, questions of scalability and wide-spread adoption remain. Will the Brave browser become a mainstream internet browser, or will it remain a niche product reserved for blockchain enthusiasts?

The answer to that question will have a significant impact on BAT tokens price in the future, and it will have profound implications for advertising paradigms moving forward.