With a few crypto exchanges shutting down and an increase in scams, crypto investors want the same level of protection as stock traders. 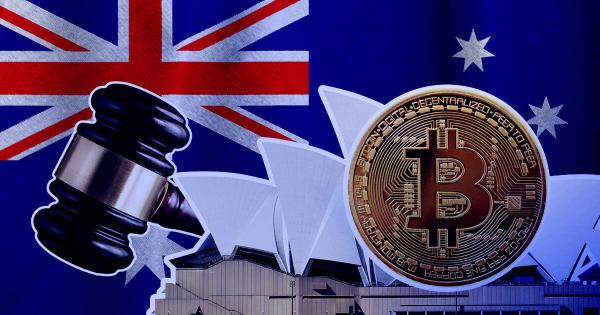 “Choice is hearing from many Australians about financial loss and other harm caused by purchasing crypto assets that were not what they appeared to be. We’ve seen a number of recent collapses of exchanges where people have lost all of their savings with no ability to get their money back.”

Crypto-related crime has been on the rise in Australia, along with the rest of the world. According to the AAP report, around 10,000 crypto scam reports were filed with the Australian Competition and Consumer Commission in 2021. The loss from these scams is estimated to be approximately $92.8 million.

While the losses pale compared to the $14 billion crypto scammers earned across the globe last year, they are still substantial.

In the case of each of these collapses, aggrieved investors had no legal recourse for compensation, Choice said.

Additionally, market manipulation is also a major concern as the University of Technology, Sydney Business School, found over 350 “pump and dump” schemes on two exchanges over seven months. These projects experience extreme price distortion, with trading volumes increasing to millions of dollars.

“Australians expect the same level of consumer protection and regulatory oversight for crypto assets as they do with other financial products.”

In terms of regulation, Choice wants exchanges and custodians to be subject to legal obligations, including market integrity rules and reporting requirements. The consumer group also wants a ban on market manipulation.

Since celebrity endorsements and hyped-up marketing have often enticed Australians into buying cryptocurrencies, Choice wants the prohibition of misleading and deceptive conduct and unfair contract terms.

But most importantly, Choice wants regulation with “no loopholes” that encompasses all crypto service providers. The regulatory regime should also cover all digital assets, including currencies and non-fungible tokens (NFTs).