In what is now the second publicized transaction gone wrong on Binance, an anonymous trader paid almost $100,000 for a single litecoin. 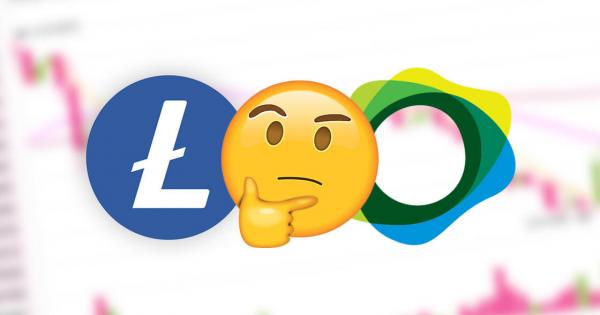 In what is now the second publicized transaction gone wrong on Binance, an anonymous trader paid almost $100,000 for a single litecoin. Just days ago, another user reportedly lost $400,000 paying over 17,000 times the market price of a token by pressing “Market Buy” on Binance. The exchange is yet to respond.

PAX brings bad luck to traders twice in one week

Binance, one of the biggest and most popular cryptocurrency exchanges in the world, has seen another trade go wrong. Just a few days ago, an anonymous user reportedly lost $400,000 paying over 17,000 times the market price of a token by pressing “Market Buy” on Binance.

The event left many speculating on whether or not the alleged loss actually happened, and if it did, how did an exchange as large as Binance allows for such a trade to go through in the first place.

While the public was waiting for the exchange to comment on the issue, another suspicious trade involving the Paxos stablecoin caused the value of litecoin to reach the price of $ 99,997.99. According to Binance’s trade log, the trade happened in the early morning hours of May 14th.

Having another trade go wrong in just three days has prompted many Twitter users to believe that the LTC jump to $100,000 was a result of a data error.

Others, however, used the opportunity to make fun of what is most likely either an inexperienced or a very clumsy trader.

This morning’s incident hasn’t affected Binance’s trading volume yet, but having trades go wrong twice in three days could affect the exchange’s reputation. It was just last week that Changpeng Zhao, the CEO of Binance, asserted that the exchange had set a maximum price deviation for market orders at 500 percent.

In this case, however, litecoin saw a jump of almost 11,000 percent, which has cast a shadow of doubt on the effectiveness of the exchange’s price cap.

To combat a similar problem in India where the majority of traders are first-timers, Koinex limits the deviation accepted in market-orders by 50 percent. For example, if a cryptocurrency is being traded for $1, Koinex will only allow you to place market-orders in a range of $0.50 to $1.50.

Though the idea of limiting price deviation for market-order is debatable, perhaps Binance should consider introducing a confirmation pop-up explaining the trade consequences when trades with significant price deviations are placed.