Analyst: This simple factor shows Bitcoin may drop another 40% before forming a long-term bottom

The global market meltdown seen throughout the past few weeks has shown no signs of slowing down anytime soon, and Bitcoin has been firmly exposed to the implications of this – plummeting significantly from its 2020 highs of $10,500. 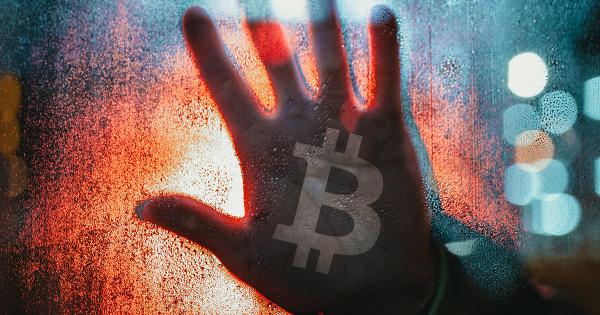 The global market meltdown seen throughout the past few weeks has shown no signs of slowing down anytime soon, and Bitcoin has been firmly exposed to the implications of this – plummeting significantly from its 2020 highs of $10,500.

One prominent investor within the blockchain and cryptocurrency industry is now noting that investors should keep a keen eye on a few critical factors that could provide insight into just how low it will fall before establishing a long-term bottom.

He notes that based on Bitcoin’s recent dip below its 200-day moving average, he believes BTC could plummet as low as $3,000 before bottoming out.

At the time of writing, Bitcoin is trading down just over five percent at its current price of $5,060, which marks a slight climb from daily lows of roughly $4,500 that was set at the apex of today’s early morning selloff.

Today’s selloff within the crypto markets has come in tandem with that seen by the U.S. stock market, with the Dow Jones, S&P 500, and Nasdaq all declining nearly 10 percent today.

Chris Burniske – a partner at venture capital fund Placeholder – explained in a recent tweet thread that he believes BTC very well may decline as far as $3,000 before it begins finding enough support to bolster its price action.

“Lots of people asking where BTC bottoms. The short of it is I wouldn’t be surprised to see a retest of our 2018 lows near $3000.”

This decline – should it come to fruition – would mark a 40 percent drop from its current prices and an over 70 percent plunge from its 2020 highs that were set in mid-February.

In order to justify this forecast, Burniske explains that he believes the cryptocurrency’s 200-day moving average – which was recently broken below by Bitcoin – suggests that it may drift lower for the coming several weeks before finding significant support.

“Historically, I’ve relied on the 200-week moving average (yellow line below) as our bear market bottom, but we fell through that at ~$5500 last Thursday… But the next really strong support I see is our last bottom (low $3000s). Futures were offered around there in size last Thursday…”

This aforementioned support may be enough to catalyze enough momentum to lead the crypto surging higher, although this could mean that the market will see significant further blood in the days and weeks ahead.