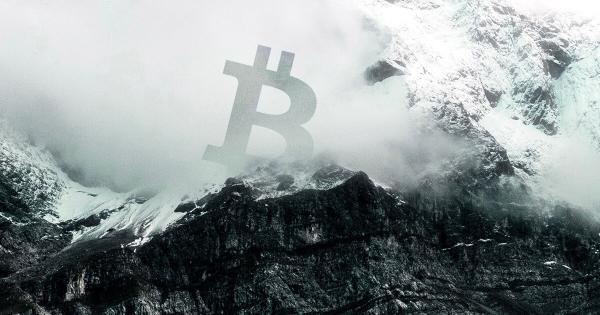 Photo by Hendrik Schlott on Unsplash

It’s no secret that the past few weeks have been rough for Bitcoin, with the top digital asset by market capitalization seeing significant downside that has severely damaged the bullish market structure formed throughout January and February.

Although analysts are skeptical that this ongoing selloff could extend that much further, there is a myriad of simple factors that lay out a reasonable worst-case scenario for the cryptocurrency in the near-term.

These mining-related factors seem to suggest that Bitcoin may face some intense bearishness throughout the next 60 days as its highly anticipated “halving” fast approaches.

The rally seen throughout the early part of 2020 that led Bitcoin from lows of $6,800 to highs of $10,500 appeared to be incredibly strong, with many investors pointing to its upcoming mining rewards halving event as one reason why the cryptocurrency would continue climbing higher.

In spite of this, data regarding changes in miners’ BTC inventory seemed to elucidate some skepticism amongst miners regarding the longevity of the rally.

As originally reported by Coindesk, miner’s rolling inventory (MRI) figure shows that miners were not selling heavily into the market, suggesting that they were cynical about the strength and liquidity of the market despite its consistent growth from a price perspective.

It does appear that this cynicism was warranted, as Bitcoin’s intense buying pressure seen throughout all of January and the first half of February has all but disappeared, with the benchmark crypto being just a hair away from trading below where it opened the year.

In the near-term, in order for bulls to recoup some of BTC’s recent losses, it is imperative that they defend $7,700, as this has been an important support and resistance level for the cryptocurrency on multiple occasions throughout the course of its recent rally.

These simple factors show the downtrend may be far from over

Jesse Proudman, the founder of the Seattle-based crypto hedge fund Strix Leviathan, recently mused a few simple factors relating to miners that could mean the ongoing selloff is far from being over.

“Bitcoin Miners: – Income about to be cut in half in ~62 days. – Ability to obtain debt or equity capital becoming constrained. – Balance sheet of other investments eviscerated. Walk me through the bullish scenario here in the next 60 days? And S2F isn’t it…”

The counterargument to this analysis is that while Bitcoin’s inflation rate will be decreased from 3.66 percent to roughly 1.8 percent, the demand will remain the same or grow, thus being a catalyst for growth.

The effects of this, however, will take quite some time to be seen, and the crypto could see significantly further downside in the weeks leading up to, and following the halving.

The Bitcoin price has dropped by 16 percent since March 8 in one of the steepest sell-offs in recent months.

Bitcoin (BTC) saw a massive selloff this morning that sent the cryptocurrency reeling from the upper-$8,000 region to lows of $8,100, before finding some support that has allowed it to rebound slightly.