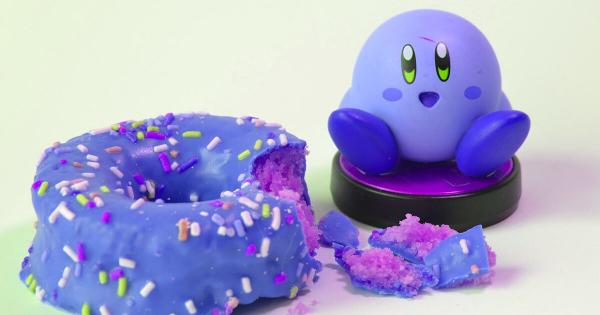 Image by manuel9z from Pixabay

As crazy as it may sound, one of the most talked-about figures in the Ethereum and DeFi space over recent weeks has been a pseudonymous user called Blue Kirby.

After creating his account in July, Blue Kirby, under the guise of a blue version of the Nintendo character Kirby, built up a massive following on Twitter by providing users insights into Yearn.finance (YFI).

An early adopter of the project, he shared information that many retail users did not understand, resulting in his follower count quickly slingshotting past 10,000. It reached a point where he was hired by Yearn.finance and paid around $7,000 a month for his helping the project.

First widely loved, Blue Kirby popularized memes in the DeFi community such as “Yearning Man,” “1 YFI = 1  BTC,” and “YFI to $100k.” These memes helped to drive YFI to a $1 billion market capitalization just over a month after its launch.

But things have changed over recent weeks.

Blue Kirby has quickly fallen out of favor with much of the DeFi community after a series of unfortunate events. But some think that he is being used as a scapegoat by DeFi users, which have faced strong losses over the past six weeks.

Here’s a recap of what happened.

Yearn.finance founder Andre Cronje released the pre-launch, for-testing-purposes contracts for his upcoming Ethereum-based game Eminence Finance. While these contracts were clearly for testing purposes, users proceeded to send in millions of dollars worth of capital, up to $15 million in fact.

Those funds were subsequently stolen as a user managed to manipulate the contracts to mint basically an infinite amount of tokens, then systematically sell those token back to the contract for DAI.

A reason why the Eminence contracts hit $15 million in total locked value was that some prominent users online shared to Twitter that these contracts existed.

Once the $15 million was scammed, he quickly came under fire, branded as a promoter of Eminence that did not implement proper warnings.

As a result, he decided to leave the Yearn.finance community for good. As reported by CryptoSlate, he said at the time:

“As of now I am officially out of everything YFI and yearn related. I left all of the TG channels. It’s possible I pull a Steve Jobs and return in 12 years. In crypto time that’s like a week from now… But for now, I’m out. Gonna do blue stuff now.”

He sold his YFI, too, gifted to him by Andre Cronje himself.

Off Blue, then the fallout

Blue Kirby proceeded to follow his own dreams and launch Off Blue, a non-fungible token and decentralized art project that was going to have its own coin.

But that, too, came under fire after there was some controversy about Blue Kirby’s intent with this project. Others began to “dox” Blue Kirby, finding personal information about him and sharing it online as a way to seemingly threaten him.

Rarible, a decentralized art marketplace where Off Blue art was being auctioned, shut down the project’s account over fears that it was being used to tacitly ICO.

Blue Kirby tried to make things right by allowing users who participated in the purchase of Off Blue art to get a refund.

But it wasn’t enough for the skeptics, resulting in him leaving Twitter and shutting down his account.

Until Friday evening, anyway. He recently opened up his account, doubling down on the fact that there is a refund available for affected users and the idea that he is now not affiliated with Off Blue, now known as Seen Haus.

Having returned, Blue Kirby says he wants to tell the full story from his side of the aisle. But it isn’t clear when that will happen, if at all.