Photo by Noel Forte on Unsplash 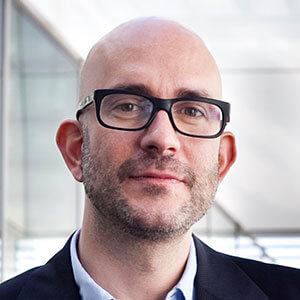 In 2017, Bitcoin prices went up by nearly 1,700 percent in a single calendar year. It was a monster year for anyone who invested in cryptocurrency before 2017 and a satisfying validation of their early belief in cryptocurrency and blockchain technology. For those who missed it or arrived late to the party, they’re probably still playing the “could-have-should-have” game with the current value of their portfolio.

Blockchain technology and the applications that run on it are complicated global computer systems. Making them more difficult to understand is the fact that cryptocurrency requires people to think about things like money, business, and a global community in ways that are new and sometimes counter-intuitive. But the underlying technology is real, and it’s here to stay.

Regardless of Bitcoin’s price fluctuations, Blockchain technology is sound, transformative technology. Open source public blockchains (like Bitcoin and Ethereum) continue to evolve and innovate. As the technology gets better so do the applications that run on them, such as security tokens, which have emerged from the unregulated ICO ashes and are on the cusp of overtaking traditional means of selling, trading, and managing asset-backed securities. Security Tokens are now in a position to tokenize an available real-world assets class estimated to be worth over $7 trillion annually. It is a massive market, and security tokens are already beginning to transform it.

Security Tokens are still new, however, and unfortunately linked (by association) to the over 4,000 altcoin ICOs that have eroded investor trust with an endless parade of plummeting valuations, broken promises, SEC subpoenas, and bad press.

As Alexander Pope once said, “A little knowledge is a dangerous thing,” so in an effort to help potential investors understand more about what security tokens are and how they’re unique in the cryptocurrency and blockchain world we present five basic things investors need to know about security tokens:

1. Security tokens are not cryptocurrencies or part of unregulated ICOs

Security tokens are essentially digitized traditional securities. If you already invest in securities in any form (stocks, bonds, real estate, CDs, etc.) then you are familiar with what it means to hold a security. For example, a security token would simply replace your paper stock certificate with a digital version.

When you invest in a security token, you are actually investing in the underlying asset. The fact that there is a security token is somewhat irrelevant — it’s simply your digital proof of ownership in that security. Because security tokens are digital they are more efficient than traditional methods. They’re also tradable on global marketplaces, giving security tokens a level of liquidity that would be impossible with traditional securities.

2. Compliance is coded into the token

Security tokens are comprised of a number of smart contracts. A smart contract is a simple program designed to automatically execute once a specified criterion is satisfied. Smart contracts dictate how the token can be bought, sold and traded in a compliant way, and because they are executed on the blockchain the transactions are transparent, traceable and immutable.  A correctly coded Security Token makes it virtually impossible for anyone to buy, sell, or trade the security in a non-compliant way.  Regulators have so far have been complimentary of blockchain technology and its potential. US Securities Exchange Commission (SEC) Chairman, Jay Clayton, recently stated, “Blockchain technology has incredible promise for securities and other industries.” Many in the security token industry feel that it’s not too far of a leap to imagine regulatory bodies requiring all future securities to be sold using compliant security tokens.

In the US, most Security Tokens are offered under an SEC exemption – commonly a 506c Reg. D exemption, which allows for a maximum of 2,000 accredited investors in the offering. To comply with this regulatory requirement the security token can be coded so that investors are only allowed to buy, sell, or trade the security token if they have passed necessary KYC/AML accreditation and are considered accredited investors. At the same time, the token can monitor the entire offering to ensure that the 2,000 investor threshold limit is maintained. The equivalent confirmation for a traditional security could take weeks in order for the trade to happen. Security tokens allow for faster deal execution because compliance is verified virtually instantaneously.

The promise of global liquidity is perhaps the security token’s most valuable trait. Security Tokens have the ability to represent fractional ownership of an asset and to be traded on global security token marketplaces and exchanges – two things that are virtually impossible for traditional securities.

For example, traditionally illiquid assets like real estate or fine-art can become liquid for stakeholders by issuing asset-backed security tokens that represent a stake in the underlying assets. And because the tokens can be listed on global markets, the security can be made available to global investors that are eligible to buy, sell, and trade the security in a compliant way.

Funds that offer security tokens enable investors a way to seamlessly exit without an otherwise onerous process via boards, lawyers, and accountants. For example, SPiCE VC, one of the world’s first tokenized Venture Capital (VC) funds recently issued security tokens to its investors. In normal VC funds, investors must be ready to have their money locked up for ten years with no favorable exit before lockups expire. SPiCE VC investors are free to trade their tokens on global security token markets as soon as regulations allow (typically a one-year lockup of funds in the US).

4. They are an efficient feature rich improvement over traditional securities

In the traditional securities industry, deal execution is often bogged down by the number of middlemen involved and trading is virtually impossible. Traditional securities are managed by a combination of excel spreadsheets, lawyers, paper certificates, custodians, transfer agents, and accountants which takes up a lot of time and money, not to mention the potential for human error. But because security tokens are automated, much of these manual processes are unnecessary, making the security token more efficient and accurate.

Security tokens can also be coded to automatically manage a cap table and execute any events associated with holding the security, such as distributions, stock splits, voting, buy-backs, etc. The investor experience is improved because all these transactions are instantaneous. In theory, if you owned a security token that gave you a percentage of sales revenue you could theoretically be paid your share the moment the business realized the revenue.

All transactions associated with a security token (issuance, buying, selling, trading, etc.) are recorded on the blockchain, which is considered a “trustless” system due to the fact that blockchains are public and immutable in their record keeping. There is no need for any one party to trust the other when transacting via a security token. Everyone just trusts the math.

Just as email supplanted the written letter, we anticipate security tokens will continue to replace traditional securities as the preferred method to issue, trade, and manage asset-backed securities. We’ve already seen the tokenization of funds, companies, and real estate.  With new security token exchanges and marketplaces coming online and a wide variety of tokens to be traded in a compliant way on a global scale, the opportunities for investors will be unlike anything is seen before in the asset-backed securities markets.

Investors won’t be investing in “security tokens”, they will be investing in a class of asset that was never before available to them, like hot early stage businesses, exclusive real estate deals, and priceless fine-art. The security token just makes it all possible in a compliant and efficient way.

Securitize is a turnkey white-label solution for tokenization of securities of funds, companies and other assets.

A recent Bloomberg article highlighted the new (down) trend, reporting that ICOs raised $300 million in August 2018.

The regulated future of blockchain-based crowdfunding is just around the corner, with regulators now taking a hands-on approach to the oversight of initial coin offerings (ICOs).

The security token offering, or STO as it is better known, has become more commonplace in today’s crypto fundraising market.