Elon Musk flips positive on Bitcoin (BTC), but the damage is already done

The Tesla boss says he might re-instate Bitcoin payments. However, the community no longer cares. 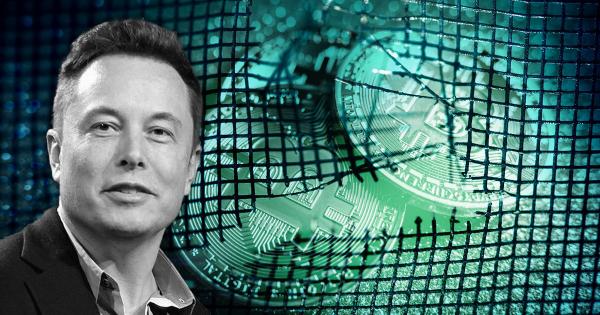 Tesla CEO Elon Musk has flipped positive on Bitcoin once again. Speaking during yesterday’s The ฿ Word conference, Musk said the mining sustainability situation has improved since he first raised objections in May.

“It looks like bitcoin is shifting a lot more toward renewables and a bunch of the heavy-duty coal plants that were being used…have been shut down, especially in China,” he said.

At that time, the Tesla boss said his firm would stop accepting BTC for payment due to his concerns over the use of environmentally damaging fossil fuels in the mining process.

Rightly or wrongly, many attribute Bitcoin’s 50% slide from its ATH squarely on Musk. The outpouring of hostility, as a result, has damaged his reputation in the crypto community.

However, having seemingly flipped, will the community forgive and forget?

Is Elon back on board with Bitcoin?

Adding to the supposed shift towards green Bitcoin mining, Musk said he wants to analyze the situation further. If his research shows BTC mining uses 50% or more renewable sources, then Tesla may restart Bitcoin payments.

“I want to do a little more due diligence to confirm that the percentage of renewable energy usage is most likely at or above 50% and that there is a trend toward increasing that number. If so, Tesla will most likely resume accepting Bitcoin.”

Elon … you realize that 75% of miners use renewable energy, right?

This energy story has been debunked over and over again.

Pompliano was referring to a 2019 study conducted by CoinShares. However, the report also mentioned that this figure is down slightly from November 2018, when it estimated renewable sources accounted for 78%.

Nonetheless, if the research by CoinShares is accurate and still holds in 2021, the 75% figure is already way above Musk’s desired threshold of 50%.

This, along with the incessant Twitter trolling throughout this entire saga, has hurt Musk’s standing in the crypto community. With that in mind, is it already too late for Musk?

By classifying tweets mentioning him as positive, neutral, and negative, the research firm found, post-May, the percentage of negative tweets had increased dramatically.

Regarding his recent “flip bullish” on Bitcoin, analysis of social media comments shows an overwhelmingly negative tone towards him.

Scrolling down reveals other similar comments, including the now-infamous “f*ck Elon.” This was coined by Bitcoin maxi Max Keiser, who went as far as naming his tour the F*ck Elon Tour.

As such, even if Tesla did resume Bitcoin payments, the crypto community has already shown they’ve moved on.