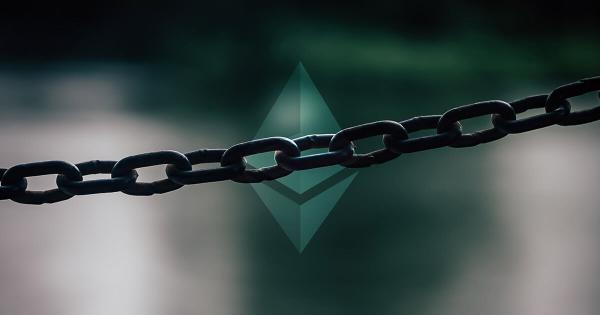 Photo by Akash Banerjee on Unsplash

Over 1% of Ethereum’s circulating supply is now locked up on the project’s new beacon chain, just one week after its launch.

The chain, part of a broader, multi-phase move to a proof of stake mechanism design, holds over 1.15 million ETH from 3,215 depositors as of Monday. The amount is cumulatively worth over $683 million.

For the uninitiated, Ethereum 2.0 sees Ethereum shift from its current proof of work design to a proof of stake consensus mechanism, allowing traders to lock up their ETH (for an as-yet-unspecified time) to generate variable yearly returns.

As the second-largest blockchain by market capitalization, Ethereum is host to the largest ecosystem of blockchain applications. With this next batch of improvements, Ethereum plans to usher in waves of new and advanced enterprise and independent applications.

The shift would make the network faster, more scalable, and cheaper to use—coming in time as the sentiment around cryptocurrencies turns positive and the community expects larger institutional interest.

The beacon chain required a minimum of 524,000 ETH to be staked for a successful launch, with the current 1.15 million staked ETH representing a 219% surplus. Over 26,000 independent transactions have been sent to the deposit contract.

Despite the current metrics, Ethereum 2.0 got off to a slow start. The first saw a little over 50,000 ETH making it to the deposit contract despite massive interest in the protocol. However, sentiment picked up in the weeks after, especially as liquidity mining incentives came to an end on Uniswap.

As shown in the image below, deposits clearly bumped after Uniswap’s Nov. 19 event of ending mining incentives. 41,000 ETH were deposited on Nov. 20, with double that amount, 88,000 ETH, finding their way to the network on Nov. 21.

However, Nov. 24 saw the biggest deposits on Ethereum 2.0, with over 244,000 ETH staked in a single day, even though it saw a lesser number of depositors overall. 3,700 unique addresses made deposits on Nov. 24, compared to a day earlier when 4,800 unique depositors were active (but contributed a lesser amount).

Meanwhile, with all said and done, Ethereum is all set for its next phases. These are Phase 0, Phase 0.5 — Light client, Phase 1 — Data sharding, Phase 1.5 — Merger, and finally, Phase 2 — Enshrined VM.

1% of all ETH is now in the deposit contract!

Updated stats; the decentralization numbers are a bit worse than last time but only because they now properly treat Bitcoin Suisse with their multiple addresses as a single unit. Still doing far better than I expected! pic.twitter.com/B0ck5YGTUk

The hype surrounding Ethereum has reached a boiling point in recent times, with growing network utilization and enthusiasm surrounding DeFi providing investors with legitimate reasons to be excited about the cryptocurrency’s future.