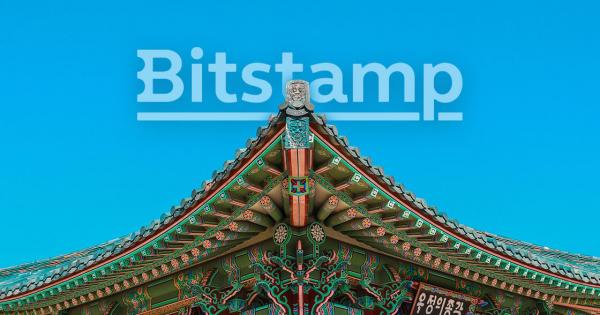 Photo by Drew Graham on Unsplash

Based in Belgium, NXMH is a Brussels-based investment firm which has made several high profile acquisitions of European corporations throughout the past five years including Stokke, a Norwegian firm that manufactures baby strollers that penetrated into the luxury market of Asia with strollers that cost over $1,000.

Why Bitstamp Decided to Sell

Bitstamp has been approached by buyers quite frequently over the past several years, given its dominance over the European cryptocurrency exchange market and its track record of security, investor protection, and compliance.

Nejc Kodrič, the CEO of Bitstamp, said in an official announcement that the company decided to sell its exchange to NXMH due to the shared vision between the twp companies and the history of the South Korea-controlled investment firm of running a successful exchange.

In late 2017, NXC and NXMH acquired Korbit, South Korea’s fourth-largest cryptocurrency exchange at a valuation of $300 million. Since then, for over a year, NXC has maintained the operations of Korbit, without the risk of a security breach, conflict with local regulators, and scandals.

“Bitstamp has been regularly approached by suitors for quite some time. The reason why we finally decided to sell the company is a combination of the quality of the buyer, the quality of the offer and the fact that the industry is at a point where consolidation makes sense. A major factor in agreeing to the sale is that the mission, leadership and vision of the company remain the same.”

Throughout the years to come, Kodrič and the rest of the executive team of Bitstamp are expected to remain with the exchange to oversee operations, and business will be run as usual.

But, in its announcement, Bitstamp suggested that the acquisition of the exchange by NXMH will strengthen Bitstamp’s positioning for growth, which could lead to a potential expansion outside of Europe into the Asia market, given the success of Nexon and Korbit in the local cryptocurrency exchange market of South Korea.

“We do anticipate that this acquisition will strengthen Bitstamp’s positioning for growth, which will provide opportunities to better serve our customers.”

What This Means For South Korea’s Crypto Market

Bithumb, the second largest cryptocurrency exchange in South Korea behind Upbit, attempted to expand into the UK market earlier this year but postponed its plans due to various system and compliance-related issues.

The most practical and efficient way of entering the European cryptocurrency exchange market is to acquire a dominant force in the sector. The acquisition of Bitstamp by NXC paves a path towards expansion into Europe, considering the strong banking partners and executive team Bitstamp have established since 2011.

The acquisition of Bitstamp by NXC/NXMH has shown the strengthening of the crypto market in South Korea and the ambition of local conglomerates to solidify their position in the global crypto market.

Since starting out in 2011 with little more than some basic computer equipment, €1,000 and a love of technology, Nejc has been instrumental in developing Bitstamp into one of the most trusted and highest volume bitcoin exchanges in the world. Learn More