Introduction to WAX – A Decentralized Exchange Platform for Digital Assets 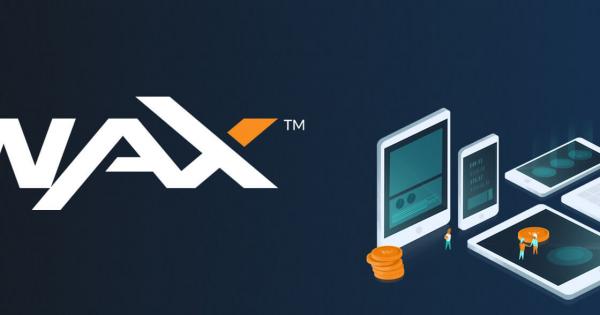 Hundreds of millions of gamers trade weapon skins (camouflages) for real currency. In fact, the gaming skin trading industry is worth approximately 50 billion dollars. Dozens of sites have popped up in recent years, specializing in the exchange of digital assets – more specifically, weapon skins. However, these centralized online exchanges charge high fees, not to mention their vulnerability to cyber attack.

OPSkins sells more than 2 million items on a weekly basis, and they are incentivizing their users to adopt the platform. WAX is taking on a multi-billion dollar industry with a potential user base of over 400 million.

The Significance of Weapon Skins

In short, weapon skins are good looking designs or images that can be applied to guns in-game. Ranging in value from a mere five cents to thousands of dollars, they do not affect in-game performance – no special abilities, powerups, or advantages are given to any player with a skin.

Since they are entirely cosmetic, holding no gameplay function whatsoever, what makes them so valuable?

Before you try to figure out why someone would spend $500 on something with no real functionality, it is important to understand the games in which these skins are traded. Counter-Strike: Global Offensive (CS:GO) is a prime example.

CS:GO is a competitive E-Sports shooter. Traditionally, two teams composed of five players fight head-to-head, either attacking or defending an objective. The first team to win 16 out of 30 rounds wins the match.

In a competitive title such as CS:GO, it would be unfair to implement powerups and abilities, especially if they are paid for. Many gamers detest pay-to-win games that give an unfair advantage to those with the deepest pockets.

The developers of CS:GO designed the game (and weapons) to be balanced. The team with the most skill and the best coordination will win. Additionally, there is no form of progression in the game. You cannot level up your character or unlock new weapons as you can in Call of Duty – owning good looking skins is the only way to distinguish yourself from other players in-game.

When you pull out a gun like the AWP Dragon Lore, worth more than $2,000, everybody notices. Players love showing off their cool and expensive skins. It’s a way for gamers to demonstrate their personality.

A Honda Civic and a Lamborghini both go from point A to point B, but they are far from the same car. Heads turn when a Lamborghini goes by. The same could be said about weapon skins – a default skin and a Dragon Lore both do the same thing, but one does it in style.

A Global Market for Digital Assets

Virtual asset trading is splintered across dozens of marketplaces, each with different business models tailored to their region of the world.

OPSkins is using blockchain technology to create a global digital asset exchange, accessible to anyone in the world, that provides an inventory of everything for sale in real time. Instead of fragmented marketplaces across the globe, WAX is uniting the economy by creating a single market designed specifically for the exchange of digital assets.

As stated in the token’s whitepaper:

The vast majority of gamers who buy and sell
virtual assets today are likely to have their items stolen or pay exorbitant fees through cross-border transactions unless they go to a centralized trading platform. This market friction is the key factor limiting the growth of this $50+ billion market.

WAX has its own token used for payment on the network, allowing for seamless exchanges amongst international parties. Before the creation of WAX, this was a huge problem. Now, buyers and sellers don’t have to worry about paying high currency conversion and cross-border payment processing fees.

The OPSkins team is well equipped to launch this new cryptocurrency. OPSkins will fully support WAX, integrating it into their existing platform. In addition, OPSkins is not new to the crypto space – they’ve been accepting Bitcoin payments for over two years, and they developed their own Bitcoin payment processing platform.

Skin trading is a 50 billion dollar industry, and OPSkins is opening up the market to anyone and everyone. Through the power of the blockchain, anybody can start their own OPSkins-like digital store. The API is simple – with just a few clicks, you can open a marketplace.

After each transaction, WAX autonomously completes the settlement process. Comparatively to other platforms such as Amazon and eBay, WAX is paving the way for a new breed of digital power sellers.

If a potential buyer visits a digital marketplace and ultimately makes a purchase, the marketplace owner will receive a portion of the transaction fees.

The WAX platform runs on a Delegated Proof-of-Stake algorithm, originally created by BitShares. Representatives are selected by users to secure the network. After users pledge (stake) their WAX tokens, they are granted a vote. Votes are weighted based on the amount of WAX tokens the voter owns.

Once elected, representatives are known as Guilds. They become the confirming nodes on the network. Each Guild is elected to represent a different game or server – WAX is starting with 64 Guild members, but more will be created per request of the community.

When a proposal for a new Guild receives enough votes, eight more Guild positions will open up. The system prioritizes demand for new games and servers without growing too quickly.  If users begin to lose faith in a Guild, they can retract their vote and opt for another Guild or proposal.

Guilds have additional responsibilities aside from confirming the network. They must submit a proposal that states the game they will represent, the percentage of fees they will share to pledged users and how they plan on monitoring Transfer Agents.

Transfer Agents collect digital assets from sellers and deliver them to buyers. Guilds are responsible for assigning Transfer Agents who facilitate exchanges. In exchange for their services, they earn a portion of transaction fees. Anyone can become a Transfer Agent, as long as they stake WAX tokens first as collateral.

They are expected to:

After every transaction, Guilds and Transfer Agents automatically receive a positive or negative rating to ensure the security of the network. If a Guild’s reputation is too low, it can be removed from the network.

OPSkins, the world’s largest digital marketplace, is the driving force behind the WAX project. Although their platform is popular, it is centralized and has its flaws. The team knew blockchain technology was the solution to centralized exchanges’ flaws – and thus, WAX was born.

Quigley is the CEO of OPSkins and the WAX token. He’s a renowned venture capitalist and the first institutional investor in PayPal. Quigley also Co-Founded the Tether coin, which is used around the globe.

He attended The University of Southern California where he received his Bachelor’s Degree in accounting – he then went on to Harvard Business School where he earned his MBA in finance.

Yantis is the COO of OPSkins and WAX. He created virtual item trading in 1997, with its creation in the realms of Ultima Online, Everquest & World of Warcraft.

He went on to constitute the world’s first digital item marketplace, successfully exiting after a $1 billion merger in 2009. Yantis is also privy to the cryptocurrency space – he was an early Bitcoin adopter, and he was a board member of the first-ever ICO, Mastercoin. 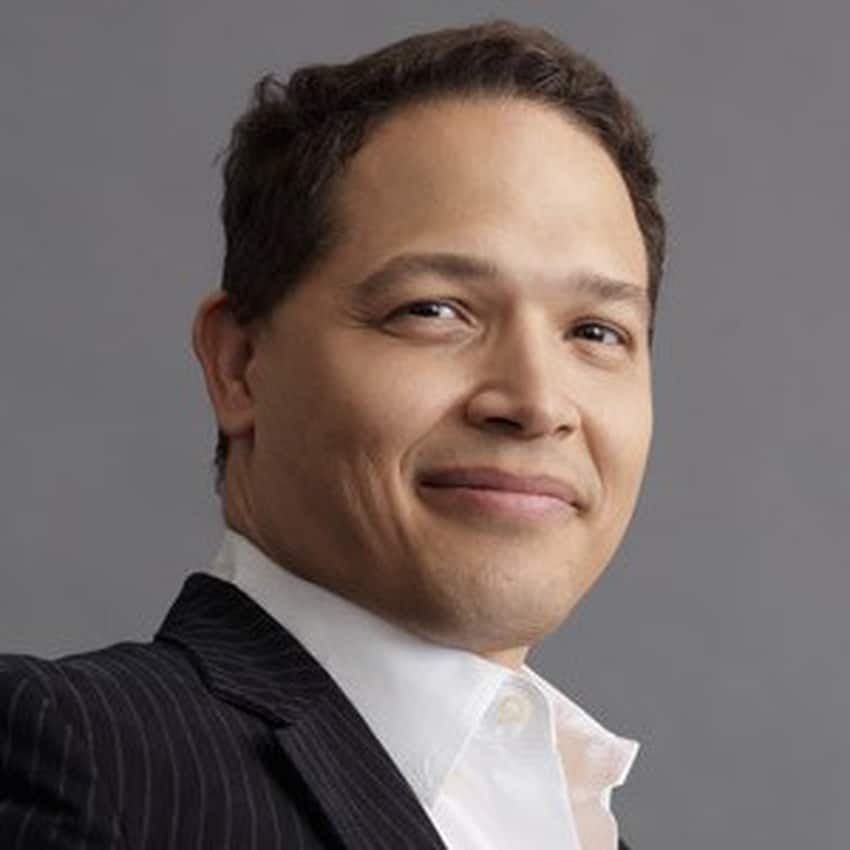 President of WAX and CIO at OPSkins, CasSelle has plenty of experience in the digital media technology space. Before joining the OPSkins team, he was the President and CTO at Tribune Publishing.

CasSelle attended MIT where he earned his Bachelor of Science Degree – later he attended Stanford University where he attained his MSCS.

On his LinkedIn Profile, CasSelle remarks:

Over the years, I have assisted in raising several billion dollars for venture backed startups and enjoy taking ideas successfully to market. Of course not every idea has been successful, but my biggest have failures have been my biggest learns.

WAX has a Telegram channel with nearly 5,000 members – additionally, they are active on their blog and have 1,500 readers on their subreddit.

The project is backed by big names in the industry, including billionaire Mike Novogratz. The former wrestler, helicopter pilot, billionaire and self-exiled Wall Street hedge fund legend has come out of retirement to start a $500 million crypto hedge fund called Galaxy Digital Assets Fund before shuttering it to open a crypto merchant bank instead. Novogratz’s success is in finance remarkable – it’s safe to say he knows what he’s doing.

WAX is currently trading on Huobi, Bittrex, and Coinbene.

OPSkins is the world’s leading digital asset exchange. The platform is incredibly popular, but not without its flaws. WAX is the decentralized solution – an entirely trustless, global platform for the exchange of in-game items.

Convincing people to switch from the traditional OPSkins web interface to a cryptocurrency may be difficult – however, OPSkins is fully backing the coin. They’ll implement it into their system and make the API easy to use. The support from such a noteworthy company will help tremendously with adoption.