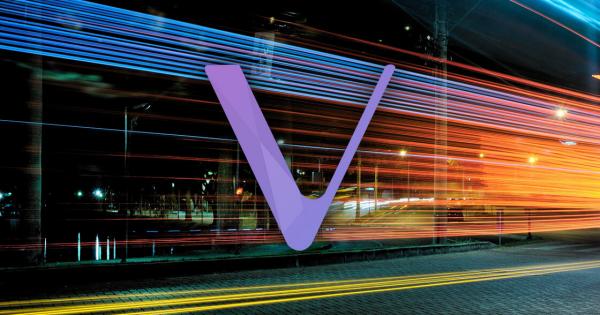 Photo by Pedro Lopes on Unsplash

Business-focused blockchain project VeChain succeeded in launching its Thor mainnet, with the VeChain blockchain going live at midnight UTC June 30, 2018. The launch marks the transition of VEN tokens from the ERC-20 standard to wholly unique tokens on their own blockchain as VET tokens, a move already endorsed by major exchanges.

The launch of the VeChain Thor mainnet follows the release of the project’s new development plan and whitepaper in May, with the distributed ledger-based product ID and supply chain initiative releasing details on governance, partnerships, and initial coin offerings on the new blockchain.

At exactly 08:00:09 the first block was successfully mined. The VeChainThor Blockchain has officially launched. pic.twitter.com/aYZs19GoAO

The VeChain alpha test, which concluded late June, saw a team of over 100 third-party security expert and auditors assess the VeChain code ahead of mainnet launch. The new VeChain mainnet aims to address the obstacles that stand between enterprise organizations and large-scale blockchain adoption, allowing big business to access the benefits of distributed ledger solutions without the attendant development cost.

VeChain founder and former CIO of Louis Vuitton China published a farewell tweet to Ethereum subsequent to the mining of the VeChain Thor genesis block:

Salute & Respect, Ethereum where we start from but are marching to the new world! Thank you @VitalikButerin and entire ETH team and community #VeChainThor #GenesisBlock pic.twitter.com/6cB7pXVKCU

The launch of the VeChain mainnet marks the entrance of a new blockchain solution geared towards enterprise organizations that rival those offered by platforms such as IBM-backed Hyperledger or the community-driven Ethereum Enterprise Alliance.

VeChain, instead of using a single token that simultaneously functions as both a store of value and a utility token, establishes a two-token system. Token functionality is split between store of value, with VET tokens, and blockchain use cost, with VeThor tokens.

To achieve a balance between centralization and decentralization that delivers the benefits of distributed ledger technology to businesses while still providing control and security, VeChain uses a hybridized consensus model that resembles Proof of Stake.

Proof of Authority, however, requires that all nodes be approved and validated by a trusted central party, referring to them as authority master nodes.

The VeChain Proof of Authority consensus model is defined by low computational power requirements, no requirement of communications between nodes to achieve consensus, and system continuity independent of the number of available nodes.

The VeChain mobile wallet is set to become available on July 9, allowing VeChain token holders to obtain full control over VeChain assets. The new wallet app will also herald the launch of the new X-node monitor system and integration with the Ledger hardware wallet.

The final X Node snapshot of the Ethereum chain is taking place in 20 mins. On August 1st, the VeChainThor X Node monitoring will resume.https://t.co/kBLFTugUHP pic.twitter.com/W0cs2H8ZA8

The VeChain mainnet launch saw Vechain capture over 8% on positive market sentiment and is currently trading near the $2.60 mark. Interestingly, the VeChain Thor mainnnet launch could see VeChain become one of the most profitable projects for node operators — should VET reach $1.66 after the 1:100 split, the smallest tier of X node will be worth $1 million USD.