According to Santiment, the high percentage of Tether on exchanges is a sign of 2-year high buying power in the market. 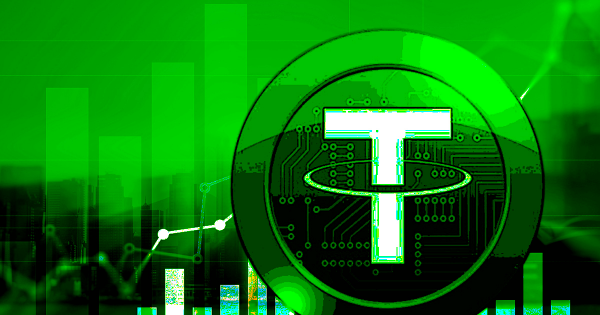 The ratio of Tether (USDT) on exchanges is up 20% in the last three months, according to Santiment data.

📈 The ratio of #Tether on exchanges has gone from 19.7% on May 9th to a whopping 42.0% three months later. This can be viewed as both a signal that traders have taken profits as prices have rebounded, as well as a sign of a 2-year high in buying power. https://t.co/Xmscnu5NOb pic.twitter.com/UFuYAkrWlO

The market intelligence platform tweeted that the ratio went from 19.7% on May 9 to 42% as of August 10. It is the first time USDT supply on exchanges will increase to over 42% since April 2020.

According to Santiment, this is a sign of 2-year high buying power and also shows that traders have taken profits as the crypto markets rebounded.

In the last three months, USDT’s supply declined as investors redeemed the token during the thick of the bear market. The stablecoin issuer revealed it redeemed as much as $14 billion within two weeks.

Meanwhile, Tether resumed minting on July 29 and has added a few billion to its market cap since. Many in the crypto community consider an increase in the stablecoin supply to be a bullish signal.

Binance CEO Changpeng Zhao said in a recent tweet that “3 of the top 10 (cryptocurrencies) are stablecoins, meaning there is a lot of “fiat” sitting on the sidelines, ready to get back in. If people wanted to get out of crypto, most wouldn’t hold stablecoins.”

3 of the top 10 are stable coins, meaning there is a lot of "fiat" sitting sidelines, ready to get back in.

If people wanted to get out of crypto, most won't hold stablecoins. https://t.co/QONyq1894U

CryptoSlate research revealed that over $40 billion of stablecoin “dry powder” is waiting on the crypto market’s sidelines.

However, Blockware analyst Will Clemente holds a different opinion. In his view, there should be fewer stablecoins in the market as the oversupply and absence of buyers could cause the crypto market to decrease.

IMO this is the most compelling chart in crypto:

When large amounts of stablecoins are on the sideline relative to crypto's mkt cap, market participants have to chase the rally higher. When there's a lot of stables deployed but no one left to buy, market runs out of new buyers. pic.twitter.com/PUhVx6Gakw

He believes that if the volume of a stablecoin in circulation declines, the demand for crypto assets rises.

While there might be slightly different opinions on what the high supply of stablecoins might mean for the crypto market, Ethereum (ETH) users will at least have nothing to worry about post-Merge.

The two largest stablecoin issuers have confirmed they will only support Ethereum PoS after the merge to avoid disruption to the community.