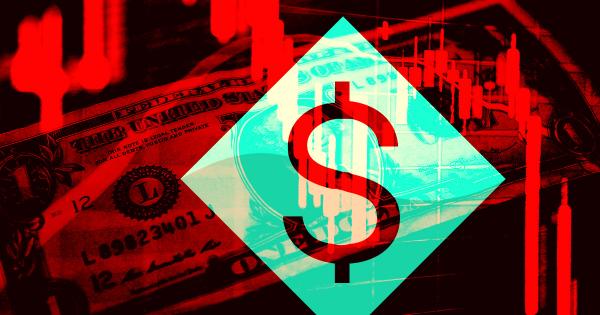 Neutrino $USDN lost its peg for the first time since June 16 as it was updated to implement upgrades to the protocol. Confirmation of the upgrade was announced at 4 pm BST Thursday, several hours after the peg fell from $0.98 to $0.96.

At the time of press, the stablecoin has fallen even lower to $0.94, recording a 4% decline on the day. $USDN fell even lower back in April when it dropped to $0.78 before soaring back to $0.98 within days.

Update #8 was decided on through a governance vote which included four proposals. The winning proposals were announced via the official Neutrino Twitter account.

We have implemented the changes from the latest voting.

The vote passed updates to “implement new swap mechanics, so that Max Swap Amount of USDN>WAVES swaps will depend on the current BR value.” The update increased the maximum allowable value of $USDN that can be swapped into $WAVES depending on the backing ratio (BR.) The BR is the share of $WAVES  tokens in relation to the $USDN supply.

Another vote to “Increase protocol fee for USDN>WAVES swaps” was rejected by the community, with 62% voting “No.”

The community did pass a third proposal to “implement new BR protection mechanics, so that BR cannot go lower than 10%.” This update is likely part of the “urgent measures” required to “stabilize the protocol and ensure the security of its reserves.”

Adding protection to the backing ratio to ensure it cannot go outside a set range is part of the strategy to defend the peg. However, given the stablecoin has not recovered from its 4% drop, questions have to be raised about the update’s effectiveness.

A final proposal also passed with a massive majority of 95%, reworking the reward distribution for gNSBT staked tokens. Previously, $SURF token holders only received 2% of rewards; the proposal increases this based on specific market conditions.

The update has been live for less than 24 hours; therefore, time may be needed for the updates to affect the network. CryptoSlate chatted to Waves founder Sasha Ivanov last week and spoke directly about the strategies used to defend the peg.

In the interview, Ivanov stated that he believed the peg would remain relatively stable throughout the coming months before restoring its peg to $1. However, he did not rule out the occasional bout of volatility.

CryptoSlate is waiting for a comment from the Waves team. 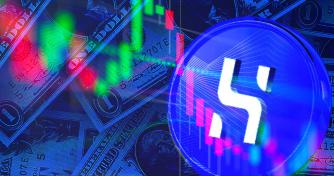 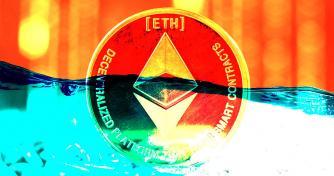 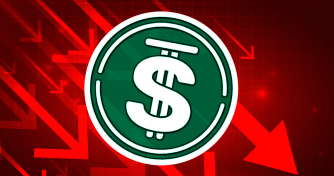 Neutrino USD (USDN) is an algorithmic crypto-collateralized stablecoin pegged to the US dollar. Learn more