US Treasury calls for global crypto regulation, development of CBDC

The US treasury believes the crypto market is in need of consistent regulation applied globally, and the US should lead development of CBDCs. 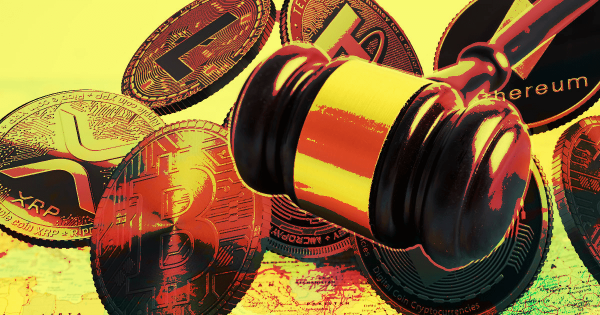 “Uneven regulation, supervision, and compliance across jurisdictions creates opportunities for arbitrage and raises risks to financial stability and the protection of consumers, investors, businesses, and markets,”

The Treasury included a framework for the international regulation and delivered it to President Biden on July 7. The proposal also named various state departments to collaborate with while preparing the global regulation.

The U.S. on CBDCs

The U.S. already has several stablecoins pegged to the U.S. dollar. Even though China is currently the leading country in developing Central Bank Digital Currencies (CBDC), the U.S. has been pondering the idea.

The U.S. Federal Reserve (Fed) took the first step into developing a CBDC in January 2022. Fed stressed that introducing an American CBDC would represent significant innovation for the U.S. Dollar.

It would also increase financial inclusion, expand payment methods and accelerate money transfers. However, the department also mentioned several essential issues with the CBDCs and offered solutions that were not greeted fondly by the community.

At the time, Fed also called for an international effort on the subject to tackle all potential risks of CBDCs. The Fed stated:

“Such international work should continue to address the full spectrum of issues and challenges raised by digital assets, including financial stability; consumer and investor protection, and business risks; and money laundering, terrorist financing, proliferation financing, sanctions evasion, and other illicit activities,”

The U.S. on crypto

The U.S. has one of the highest crypto adoption rates in the world. A recent study revealed that over 25% of U.S. investors are taking out loans to invest in crypto during winter.

More than 20% of Americans hold cryptocurrencies, according to Gemini’s 2022 state of the crypto report. Crypto is especially popular amongst high-income families, with almost 30% saying they have various crypto assets. The adoption rates are also fairly distributed among genders from all races residing in the U.S.

The Biden administration is currently experimenting with crypto regulations on the regulatory front. In early June, officials from the administration hinted that stablecoin legislation might come to force by the year-end. At the same time, some senators are proposing bills to manage cryptocurrencies on a national level.

Even though the government shows signals of pro-crypto regulations, it is also affected by the current bear market.

The U.S. Office of Government Ethics issued a legal warning to all government employees saying they shouldn’t hold any crypto assets on July 7. At the same time, states are re-considering allowing tax payments in cryptocurrencies as the crypto critics speak up during the bear market.