The Senate proposes stricter crypto taxes to fund a portion of the US $550 billion investment into infrastructure. 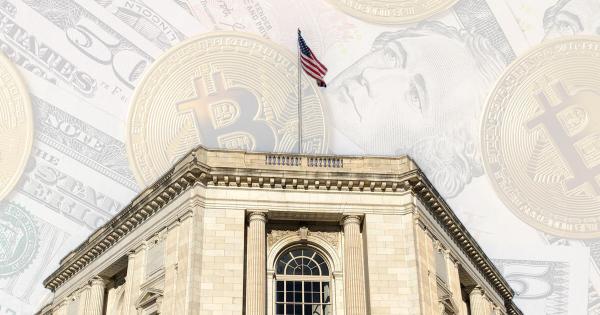 US President Joe Biden and the bipartisan group announced the details of a historic $550 billion federal investment in the country’s infrastructure as the Senate intends to tighten crypto taxes in order to raise $28 billion that would contribute to the funding, Bloomberg reported.

The proposal would introduce stricter rules for crypto brokers on reporting transactions to the Internal Revenue Service (IRS) and demand businesses to register crypto transactions exceeding $10,000.

According to the White House announcement, the bipartisan deal would grow the economy, boost competitiveness, create jobs, and contribute to the economy’s sustainability and resilience.

The deal includes the largest federal investment in public transit ever, including passenger rail, bridge and highway system, and in both clean drinking and waste water infrastructure.

Besides allocating a $65 billion portion of the funds for ensuring access to reliable high-speed internet across the country with historic financing in broadband infrastructure deployment, the deal incorporates the largest investment in clean energy transmission and electric vehicle (EV) infrastructure and creating a new Grid Deployment Authority to build a clean, 21st century electric grid.

“The deal’s $73 billion investment is the single largest investment in clean energy transmission in American history,” read the announcement of the deal intended to upgrade the country’s power infrastructure and facilitate the expansion of renewable energy, which also allocates $21 billion for environmental remediation.

“It is financed through a combination of redirecting unspent emergency relief funds, targeted corporate user fees, strengthening tax enforcement when it comes to cryptocurrencies, and other bipartisan measures, in addition to the revenue generated from higher economic growth as a result of the investments,” read the concluding offsets paragraph of the announcement.

According to the Bloomberg report, crypto measures came as last-minute additions to the infrastructure deal, after weeks of barter between Republicans and Democrats over different spending and payment avenues.

Senator Rob Portman of Ohio, the lead Republican in the infrastructure talks, said that the growing concerns in Congress about the transparency of cryptocurrency were the reason behind adding the measures, read the report, which added that some executives in the crypto industry reacted negatively as certain companies don’t have the ability to collect the information called for in the proposal.