Forsage had received two “cease and desist” notices from regulators but continued to operate regardless. 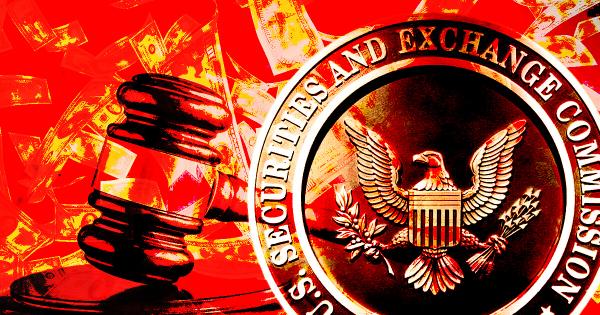 The US Securities and Exchange Commission (SEC) charged eleven people on August 1 for their involvement in Forsage, a fraudulent crypto pyramid scheme that raised $300 million from investors around the world.

According to the SEC, Forsage started as a “website that allowed millions of retail investors to enter into transactions via smart contracts that operated on the Ethereum (ETH), Tron (TRX), and Binance blockchains.”

However, the platform soon began to operate like a Ponzi scheme as unsuspecting investors earned profits by recruiting others into the scheme and also using new assets pledged by new investors to pay old ones.

Forsage had received a “cease-and-desist” notice from the Philippines’ SEC in September 2020 and the Montana Commissioner of Securities and Insurance in March 2021.

Both notices were disregarded as the scheme founders continued to promote the scam via YouTube and other means.

As the complaint alleges, Forsage is a fraudulent pyramid scheme launched on a massive scale and aggressively marketed to investors. Fraudsters cannot circumvent the federal securities laws by focusing their schemes on smart contracts and blockchains.

The four founders of the scheme; Vladimir Okhotnikov, Jane Doe aka Lola Ferrari, Mikhail Sergeev, and Sergey Maslakov; alongside three US-based promoters of the scam, were charged.

Meanwhile, two of the defendants, Sarah L. Theissen and Samuel D. Ellis, have agreed to settle out of court with the SEC.

The two did not admit nor deny any of the charges. However, their attempt to settle is subject to the approval of the court.