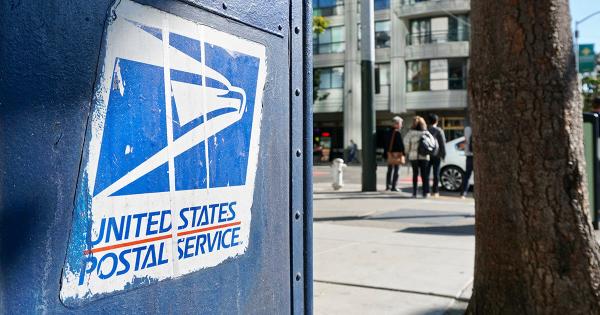 The U.S. Patent and Trademark Office (USPTO) made the USPS patent public on Thursday this week. It details a “Secure Voting System,” that uses blockchain technology to secure mail-in voting.

It came as Trump complained against mail-in voting earlier this year citing security issues related to paper-based vote services, such as a loss of mail, tampering, and the possibility of counterfeits.

The February-filed patent taps into blockchain tech to address Trump’s issues and protecting USPS’s business. “A voting system that can use the security of blockchain and the mail to provide a reliable voting system,” describes the patent.

A registered voter receives a computer-readable code in the mail and confirms the identity and confirms correct ballot information in an election. “The system separates voter identification and votes to ensure vote anonymity, and stores vote on a distributed ledger in a blockchain,” it adds.

The USPS said in the patent:

“Voters generally wish to be able to vote for elected officials or on other issues in a manner that is convenient and secure.”

It added that using blockchain technology ensures the results correspond to the votes cast, quelling the concerns raised by politicians. It further allows the tracking of the various types of necessary data “in a way that is secure and allows others to easily confirm that data has not been altered,” the patent stated.

Blockchain identity services are already being widely developed and by moving the vote to a shared, distributed ledger, the votes would transmit almost instantly, drastically reducing the ballot’s vulnerability to tampering, noted Forbes. The Postal Service had no comment at the time of publication.

Paul Madsen, the Technical Lead at Hedera Hashgraph, a distributed ledger technology, said blockchains can provide to a community with potentially adversarial members a trusted and shared view of data without relying on some single provider to control that data.

They first allow the community to come to consensus or agreement on the order of transactions that change the data, he told Forbes.

Madsen noted such functions are useful for recording votes in the election:

“The votes of individual voters would be recorded, either on the blockchain or effectively timestamped and then recorded elsewhere help to mitigate the risk of double voting, or vote manipulation as well as give the voter confidence through transparency of the process.”

However, he made clear that “blockchains are no magic bullet for voting platforms,” stating identity verification is the more critical component (which the patent also acknowledges).

Meanwhile, the effort does not mean the USPS jumped on the blockchain bandwagon out of nowhere; it had been looking at implementing the technology since 2016. The USPS even outlined four “key use cases” for blockchain technology at the time, as the image  below shows:

These efforts mirror those made in China, Japan, and South Korea, with the three countries making huge strides towards the development of and investment in blockchain-based governance systems.