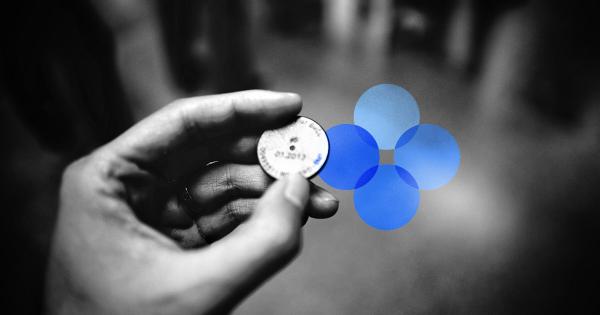 Cryptocurrency exchange OKEx has suspended withdrawals from its platform indefinitely, as one of its multisig key holders has been held in police custody. The news about hundreds of millions of dollars worth of cryptocurrencies being trapped on the exchange shaved off around 3 percent off of Bitcoin’s price but sent UNI, Uniswap’s native token, up by almost 15 percent.

OKEx, one of the largest cryptocurrency exchanges on the market, has announced that it will be suspending cryptocurrency withdrawals from its platform “indefinitely.” According to the company’s announcement, one of the private key holders of the exchange is currently “cooperating with a public security bureau” in an investigation and has been out of touch with the exchange.

With the key holder being “out of touch,” the exchange was prevented from completing the withdrawal authorization earlier this morning and decided to suspend all withdrawals to protect the interest of its customers. Other functions of the exchange, as noted in the announcement, remain normal and stable.

Jay Hao, the CEO of OKEx, confirmed on Twitter that fiat withdrawals from the exchange are unaffected by the suspension.

The company’s announcement caused shockwaves throughout the crypto industry, leaving many worried that the situation might be direr than it looks. Sam Bankman-Fried, the founder and CEO of Alameda Research, commented that exchange as big as OKEx would have announced that it was going through a period of “optimization” if a single point of failure occurred in its multisig process to avoid tanking the markets.

And while the exchange later noted that the investigation was made into the key holder’s “personal issue,” most of the top-performing cryptocurrencies on the exchange quickly sold off following the news.

Bitcoin, which accounts for almost 20 percent of OKEx’s daily trading volume, dropped around 3 percent in less than half an hour following the news, while other top performing coins only dipped slightly into the red.

This could have been further fueled by the fact that hours before the announcement, several large withdrawals of BTC, ETH, and TRX were spotted by Whale Alert, a transaction monitoring service on Twitter.

OKEx’s announcement only seems to have exacerbated the schism between centralized and decentralized crypto services, with many pointing out failures like this will only serve to push more people into decentralized exchanges. UNI, the native token of Uniswap, one of the most popular DEXs on the market, further proved this point by skyrocketing in the hours after the announcement.

Data from CoinGecko showed that the token jumped from $2.90 to $3.33 in less than an hour, recording an increase of almost 15 percent.

The huge crypto crash that took place on Sunday could have been much worse if it weren’t for OKEx’s risk engine.

Crypto derivatives will be ‘five to 10 times larger’ than spot, says OKEx exec

OKEx has come a long way.