The huge crypto crash that took place on Sunday could have been much worse if it weren’t for OKEx’s risk engine. 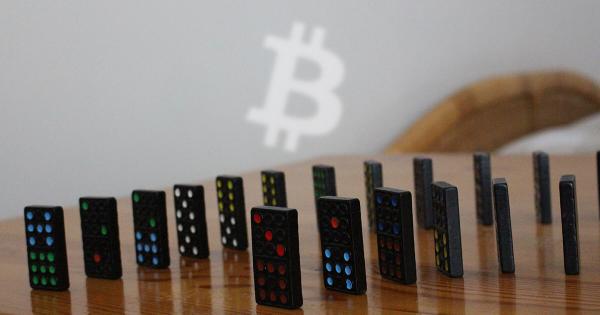 The huge crypto crash that took place on Sunday could have been much worse if it weren’t for OKEx’s risk engine. The exchange’s CEO Jay Hao said that Sunday’s flash crash on both Bitcoin and Ethereum resulted in zero clawbacks and zero ADL (Auto-Deleveraging), as the platform’s built-in security mechanisms prevented cascading liquidations after Bitcoin dropped more than $1,200.

While Bitcoin has never been synonymous with stability, the sudden crash it saw on Sunday caught even the most experienced traders unprepared. The world’s largest cryptocurrency had a spectacular week, with a mix of recent economic instabilities fueling its growth to over $12,000.

However, the road towards its ATH was cut short by a massive crash on Sunday, where over $20 billion was wiped out from the market in mere hours.

Such a huge loss was mostly attributed to the fact that almost every cryptocurrency tends to follow in Bitcoin’s steps. With smaller altcoins experiencing significant drops, exchanges were caught off-guard and experienced a high volume of liquidations, ADL, and clawbacks. With no mechanism in place to prevent an avalanche of liquidations, many exchanges suffered greatly during the weekend.

How OKEx managed to stay afloat during the crisis

However, that didn’t seem to be the case with OKEx. The exchange shared with CryptoSlate that it managed to cut losses at the early stage of the crisis thanks to its risk engine. The built-in security mechanism ensures that even during extreme market volatility the possibility of ADL or clawbacks is significantly reduced.

One of the ways the exchange minimized the overall market impact of the crash is by diving liquidation orders into smaller pieces through its proprietary liquidation engine. The platform has also set position limits in place, preventing clients from opening overly large positions if leverage on a certain asset is too high.

If, however, the market becomes too volatile for these mechanisms to prevent major losses, OKEx cuts losses with its tiered margin system—it prevents liquidation cascades when the market is extremely volatile.

Jay Hao, the CEO of OKEx, explained that experience has taught the company just how volatile Bitcoin can be and pushed them to create a comprehensive risk management system that would protect both the exchange and its customers during crashes like this.

“We’re pleased to report that the flash crash on both BTC and ETH resulted in zero clawbacks and zero ADL,” he said. “This, once again, highlights the importance of choosing the right exchange that can deliver stability and reliability in all market conditions.”