Even alien sightings are jumping on the NFT bandwagon. 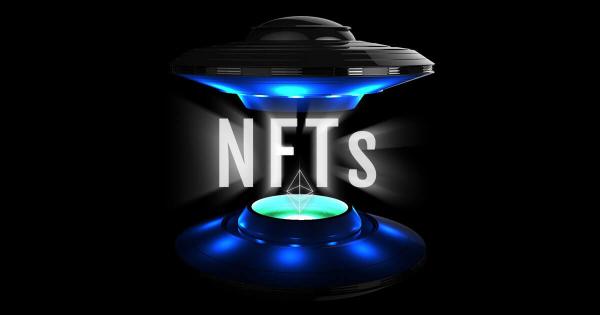 The debate over the existence of extraterrestrial life was settled when the CIA authenticated the most famous piece of UAP evidence, the Alien Autopsy film. And it is now getting sold as a non-fungible token (NFT), as per a release shared with CryptoSlate.

NFTs are blockchain-based representation or digital or real-world assets that prove their holders are the true owners of whichever lying asset they represent. The industry has grown from a sub-$100 million niche in 2019 to as much as $25 billion at the start of this year, attracting attention from companies, celebrities, and quirky collectors alike.

Aliens are not getting monetized off that trend as well. Today, May 25, an NFT of a frame from the Alien Autopsy film will be auctioned off on Rarible, the largest decentralized, creator-centric NFT marketplace.

The buyer will also receive a physical 16mm frame from the original film that was shot in 1947 and the starting bid is $1 million as of press time.

The frame clearly depicts the autopsy of an extraterrestrial said to have crash-landed in Roswell, New Mexico in August of 1947.  “I have lived with this film and the story surrounding it for 30 years,” said the owner of the original footage, British entrepreneur Ray Santilli.

He added, “When I first saw the CIA papers with their verification of the Roswell event and Alien Autopsy film, a massive weight was lifted from my shoulders. I believe the technology we enjoy today started in 1947 with the Roswell crash and that the NFT and single film frame being offered is by far one of  the most valuable items to even come up in auction.”

The Alien Autopsy evidence is world-famous and has appeared on every major TV network worldwide. A documentary investigating the film on Fox drew tens of millions of viewers and the film was even referenced on X-Files and Seinfeld episodes.

The original film was discovered by Santilli who acquired it in 1992 from an unidentified U.S. military cameraman while he was working on an Elvis Presley project. The authenticity was later subject to fierce debate until a leaked memo was obtained by aerospace billionaire Robert Bigelow that proved the film’s provenance.

The memo, from the archives of the astronaut Edgar Mitchell, discusses CIA scientist Kit Green’s briefing on the Alien Autopsy film at the Pentagon.

In 2001, Green submitted a report stating, “The Alien Autopsy film/video is real, the alien cadaver is real, and the cadaver seen in the film/video is the same as the photos Kit saw at the 1987/88 Pentagon briefing.”

(Note: The video is a ‘restoration’ based upon what Santilli said he saw in 1992 and has been the subject of widespread criticism regarding its authenticity. The above, however, is based on a press release to CryptoSlate and the NFT’s own Rarible page.)

The past week saw an interesting development in the burgeoning NFT space.

A Californian startup is teaming up with crypto artists to offset 1 million kgs of carbon, or 5,000 times the footprint of an NFT.