U.S. Department of Justice to set up task force to enforce Russia sanctions

Russian oligarchs are having their properties seized from them due to the sanctions imposed on the country. 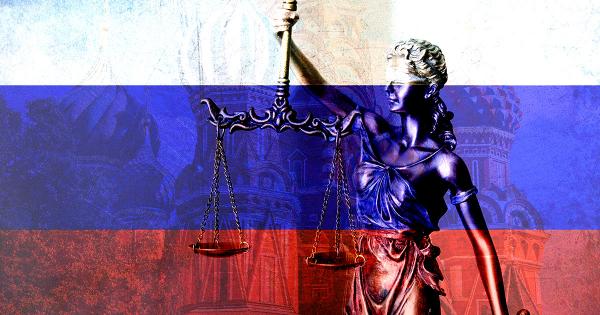 The U.S. Department of Justice will be creating a task force saddled with enforcing sanctions against the richest Russians and their assets in the U.S.

The U.S. sets up a new taskforce

The interagency task force is part of the grand effort to pressure Russia over its invasion of Ukraine. Already, sanctions against the country’s financial system have led the wealthiest in the country to lose a chunk of their net worth.

The task force referred to as the “KleptoCapture” task force by Bloomberg will consist of experts on sanctions and export control enforcement, asset forfeiture, foreign evidence collection, national security investigations, tax enforcement, and anti-money laundering. It was announced by President Biden during his State of Union address.

According to the report, an experienced corruption prosecutor with the Attorney’s Office for the Southern District of New York will be leading the task force.

This task force is the US way of sending a clear message to those who’ve used illegal means to gather money and seek to evade sanctions, said Lisa Monaco, Deputy Attorney General.

This group is another effort on the part of the US government to isolate Russia from the global financial system. Beyond the grave financial sanctions already imposed on the country, many are also calling for the US and its allies to seize properties and assets belonging to the Russian wealthiest seen to be supporting Putin.

Russian oligarchs are already feeling the impact of the sanctions

The sanctions have already led to the loss of $83 billion by 21 ultra-rich Russians on the Forbes list of 500 richest people in the world. One of the richest Russians and owner of Chelsea football club, Roman Abramovich, has already announced that he’ll be selling the club and his London properties due to the conflict.

The task force will also target any effort to use crypto to evade sanctions against Russia’s military aggression and launder proceeds from foreign corruption. This comes as many residents of Russia turn to crypto as a hedge against the crumbling rubble.

Those in Ukraine are doing the same and the Ukrainian government has already received over $30 million in donations in crypto. But the Ukrainian vice prime minister has also called on crypto exchanges to discontinue their services for Russia.

So far, Coinbase and Binance have refused to do this, stating that while they’ll prevent any sanctioned person from using their platforms, they won’t ban all Russian accounts. Binance stated that “crypto was meant to provide greater financial freedom for people across the globe.”

The sweeping financial sanctions have shown the world that the traditional financial system is far from neutral and can always be weaponized. Thus, crypto, especially Bitcoin, has become an alternative given its neutrality and its censorship-resistant nature.