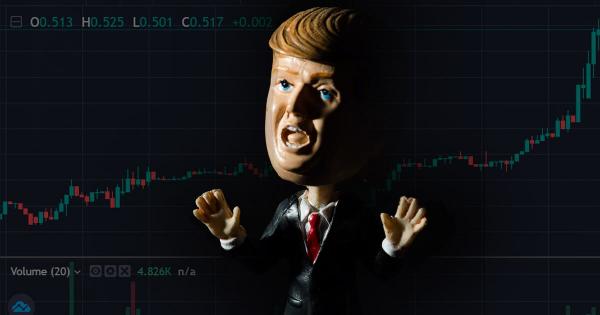 Photo by Sean Ferigan on Unsplash

Millions of dollars changed hands for TRUMP and BIDEN, two ERC20 tokens that represent Donald Trump and Joe Biden respectively, allowing traders to go long/short on their picks for the next US president.

30) about 20m contracts have traded on FTX today between TRUMP, BIDEN, and tokens.https://t.co/FzWX2goXbo

At press time on Wednesday, TRUMP tokens posted near 100% gains and rose over 300% from June. On the other hand, BIDEN dropped nearly 50% as the odds went against Biden’s favor.

How do presidential crypto bets work?

As a futures contract, TRUMP expires at $1 if Donald Trump wins the 2020 US presidential general election, and $0 otherwise. Settlements are made after the results of today’s US election are out in the coming days, with the candidate garnering 270 electoral votes elected the US president.

On its website, FTX notes that ignoring fees, inefficiency, and spread, the price of such tokens is equivalent to the candidate’s expected chances of winning/reelection. For eg, as TRUMP trades at $0.72 at press time, traders are placing a 72% chance of Trump’s reelection — in line with other betting markets like Bet365.

The Hong Kong exchange also increased the margin requirements for TRUMP earlier this week, as both demands grew and the elections came close.

Candidates earlier in the presidential race, such as Michael Bloomberg (BLOOMBERG) and Elizabeth Warren (WARREN) had similar tokens that represented the odds of them winning earlier this year, which have since expired as they dropped out.

The race so far

Meanwhile, the presidential race is at loggerheads with neither candidate securing the 270 electoral college votes needed to claim victory.

As per the Associated Press, Donald Trump said, “Frankly, we did win this election” over Joe Biden and ever stated he would take the election to the Supreme Court. His assertion of victory did not match the results and information currently available to the AP.

At press time, Trump has 213 electoral votes while Biden has 225. Several key states are too early to call, including Pennsylvania, Georgia, Arizona, and Michigan.

As CryptoSlate reported earlier, the presidential elections could pave the path for the legal regime around crypto for the next four years.

Trump is known to not particularly be a supporter of cryptocurrencies. He was clear on this in July 2019 in a tweet. “I am not a fan of Bitcoin and other Cryptocurrencies, which are not money, and whose value is highly volatile and based on thin air,” he said at the time.

Joe Biden, on the other hand, has supported technology and financial innovation as some reports show. And while there is no record of Biden speaking publicly on Bitcoin and crypto,  his actions serve as clues.

In 2016, a Biden campaign started accepting Bitcoin for donations, according to The Hill. The party placed a maximum cap of $100 worth in Bitcoin per donation, requiring contributors to identify themselves using a form and their wallet address. 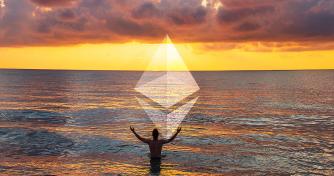 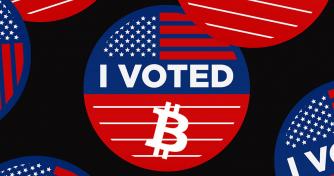 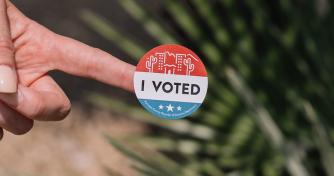 TRUMPWIN and TRUMPLOSE are ERC20 tokens that will be redeemable on FTX for either 1 or 0 USD based on if TRUMP wins the election.