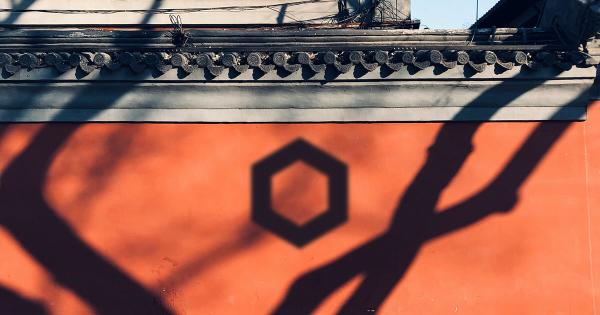 Photo by Kaiyu Wu on Unsplash

For starters; 135 public nodes are reportedly active in the province — affirming to China’s broader Five-Year-Plan that heavily features blockchain technology.

Chainlink oracles form a major part of the BSN, supplying real-time data to the protocol as noted on a release last month. LINK, however, does not feature.

Weixin said Monday the first provincial blockchain “backbone” was launched over the weekend, in an event attended by Chinese diplomats, think-tanks, and a prominent media organization.

The Yuhang District Future Science and Technology City, a tech-forward district in Hangzhou, China, will establish in-depth strategic cooperation with local firms to promote, popularize, and develop blockchain-based projects to serve the public.

Applications include providing “convenient” and low-cost one-stop “blockchain environment services” to individual users. Hangzhou Mobile is one of the partners, indicating there are will be some telecommunication-centric blockchain services.

Touted as the “blockchain internet,” the backbone is part of the Blockchain Service Network; a major Chinese project that aims to bring internet-enabled blockchain services to the general population.

1/ I’ve been informed by multiple sources that China's BSN is going to be integrating with public blockchains, the first of which are @ethereum and @NervosNetwork. This is kind of a big deal. Thread. ?

BSN has established public city nodes in more than 100 cities across China and is the world’s largest blockchain infrastructure network, in terms of a government-backed project.

The backbone functions similarly to the internet in China’s view. A singular public blockchain will function as the focal point for the BSN, while organizations, entrepreneurs, and developers build on the protocol.

Some promised features include cross-cloud connectivity, cross-layer framework, and cross-portal blockchain service capabilities. This ensures and promotes the steady development of the local blockchain industry and empowers the rapid establishment of the upcoming “industrial chain.”

Weixin noted such a massive deployment is likely more complicated than plans suggest; considering the multi-city operation with a diverse set of rules and local mechanisms. Add to this the training costs involved to operate the BSN, and the criticism becomes apparent.

But China has plans to counter these issues. Provincial BSN portals, such as that launched in Zhejiang, will serve individually for each district. Any new nodes will be added to the existing framework.

Industry observers told Weixin their view in the regard:

“Zhejiang Province (…) will become an important milestone in the development of [China’s] blockchain technology and a model benchmark for the construction and operation of provincial backbone networks in the future.”

Meanwhile, China continues to shun Bitcoin and other crypto-assets while embracing public blockchains. Its development on the digital yuan continues to flourish, with reports last week suggesting checking capital outflows could form a major use-case of the state-owned digital currency.