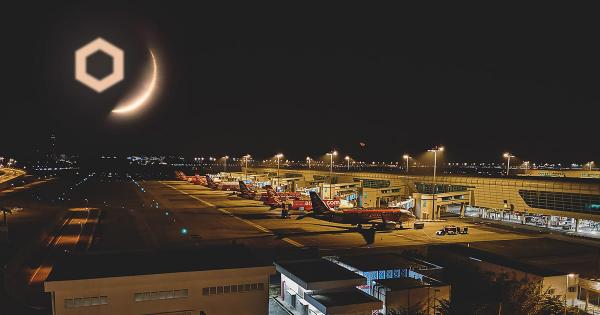 Chainlink’s intense uptrend seen throughout the past several weeks has allowed LINK to set fresh all-time highs once again.

The cryptocurrency rallied as high as $6.50 before facing some rejection that sparked a slight selloff, although it is now in the process of journeying back up to these highs.

New data shows that a massive spike in network activity is helping to drive the cryptocurrency higher, signaling that the latest leg of its multi-year high is being driven by fundamental strength rather than pure investor hype.

The four highest network activity outputs in over a year have been posted by LINK throughout the past 6 days.

This also comes as the cryptocurrency’s top investors continue adding to their positions – a trend indicated by the concentration of Chainlink tokens amongst the top one percent of investors.

It has been a whirlwind of a year for Chainlink. The cryptocurrency was able to extend the parabolic momentum it first incurred in 2019 and has outperformed virtually every other major altcoin over the past few years.

Just two days ago, the token was able to set all-time highs when it rallied up to $6.50. At this price level, it faced some significant selling pressure that pushed it back below $6.00.

In the time since, buyers have gained the upper hand over bears, as LINK is now trading up over two percent at its current price of $6.13.

One group partially behind this price climb is the cryptocurrency’s top investors.

Data from analytics platform Glassnode reveals that the top one percent of LINK addresses now hold nearly 77 percent of the token supply.

While looking towards the chart seen below, it does appear that the top addresses have been increasing their exposure at a rapid pace throughout the past few weeks.

The gains Chainlink has posted over the past week also appear to have been driven in part by a boom in on-chain network activity.

Blockchain data platform Santiment spoke about this in a recent post, explaining that LINK has seen some of its highest network activity outputs ever over the past week.

“LINK is continuing to see sky-high daily active addresses, indicating just how active the network has been. The four highest outputs in network activity over the past year for Chainlink have occurred in the past six days.”

The confluence of a strong accumulation trend amongst large investors and high network activity does indicate that Chainlink’s uptrend is being driven by robust fundamentals.