The United States government underneath President Trump has taken an aggressive approach to the crypto markets, with the President himself claiming that he is “not a fan of” Bitcoin, while the Treasury secretary claimed that the lack of regulations surrounding the nascent technology constitutes a “national security” issue. 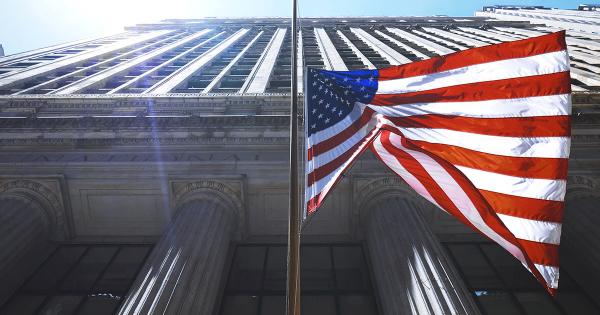 The United States government underneath President Trump has taken an aggressive approach to the crypto markets, with the President himself claiming that he is “not a fan of” Bitcoin, while the Treasury secretary claimed that the lack of regulations surrounding the nascent technology constitutes a “national security” issue.

This hostile approach certainly hasn’t done much to slow the crypto markets down, but it hasn’t helped them either, with tax unclarity from the IRS alongside the lack of institutional involvement within the markets both being “top-down” issues.

Now, however, one prominent Democratic presidential candidate is offering a plan for how the government would go about handling cryptocurrencies if he were to win the upcoming 2020 election – and it’s positive for Bitcoin.

Cryptocurrency investor’s knowledge about the government’s views on cryptocurrencies was foggy until July of last year, when President Trump sent out a tweet bashing Bitcoin and other cryptocurrencies, claiming that the US Dollar is America’s only “real” currency.

Trump’s comments seem to have been induced by the massive spectacle surrounding Facebook’s launch of their Libra initiative, which is a (supposedly) decentralized digital currency.

Shortly after this tweet was sent to the world, Treasury Secretary Steve Mnuchin held a press conference, in which he noted that the lack of regulations surrounding the crypto markets is “indeed a national security issue,” further going on to claim that digital currencies like Bitcoin enable a whole host of crimes.

This sentiment was further validated when the White House released President Trump’s 2021 fiscal budget, which outlines a plan to move the Secret Service back underneath the Treasury so that they can better police the crypto markets.

Is this hostility about to turn to friendliness?

Billionaire presidential candidate Mike Bloomberg – who has been surging in the polls as of late – recently introduced a document detailing his financial reform policy, in which he discusses the cryptocurrency markets.

“Cryptocurrencies have become an asset class worth hundreds of billions of dollars, yet regulatory oversight remains fragmented and undeveloped.”

He further goes on to note that Bitcoin, initial coin offerings, and blockchain technology, in general, all have promise, but that the government under his leadership would take actions to curb the fraud, hype, and criminal activity rampant in the markets.

“For all the promise of the blockchain, Bitcoin and initial coin offerings, there’s also plenty of hype, fraud and criminal activity. Mike will work with regulators to provide clearer rules of the game.”

As for what all this will entail, it further goes on to explain that the government will create a framework for initial coin offerings, clarify governance responsibility, clarify crypto’s tax situation, and define requirements for institutional investors looking to hold cryptocurrencies.

It does seem as though these actions would provide a net benefit to the markets, potentially validating the long-term promise of the technology. However, it all hinges on who wins this November.

An attorney reviews ‘CryptoMom’ Hester Peirce’s plan to develop a framework for token sales; could it work?