An attorney reviews ‘CryptoMom’ Hester Peirce’s plan to develop a framework for token sales; could it work? 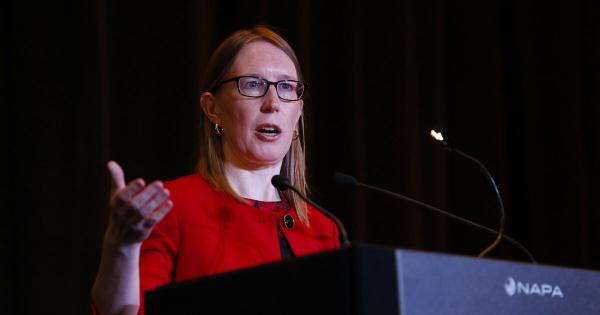 To find out more about this, CryptoSlate spoke to co-founder of Athena Blockchain and adjunct professor at NYC Law Drew Hinkes. Nominated as one of CoinDesk’s Most Influential People in Blockchain in 2017, Hinkes is also an attorney with Carlton Fields as part of its National Blockchain and Digital Currency practice. Here’s what he had to say.

How important is this safe harbor proposal and what does it mean for the development of the space? Hinkes confirms:

“It’s significant. Although one Commissioner’s thoughts alone do not create the law, they do indicate that the SEC is taking the industry seriously and that some in the SEC are considering practical solutions to the complexities associated with selling tokens to raise funds to build functional networks.”

“Although it’s unclear if adopted, this rule could signal a policy shift from “How do we apply the securities laws to protect consumers from token sales?” to “How do we allow networks to develop into their functionality and use for non-speculative purposes without the securities laws getting in the way? Until it’s adopted as a Rule, however, it remains one Commissioner’s proposal.”

‘Getting through’ being a security to develop a product

The proposal would allow issuers to sell tokens without coming into conflict with securities laws, by allowing them to “get through” being a security. However, there are a few caveats.

or is this a new concept- that #crypto networks that require token distribution to boostrap into some non -investment-focused purpose needs to "get through" being a security to develop into a product/system that has an ultimate non investment purpose?

“The proposed rule would create a safe harbor to allow an issuer to sell tokens without registration under the securities laws, and without compliance with an exemption from the securities laws, as long as the issuer makes and maintains truthful disclosures of specified information, and as long as the network achieves “network maturity” as defined in the proposed rule. This would allow issuers to sell and create secondary markets in their tokens without the expense and restrictions that come with compliance with securities laws. This is very favorable to issuers. It would not be retroactive, though, so it would not help existing issuers.”

In that light, Hinkes points out, maintaining lawsuits against the likes of KIN and TON for selling tokens without complying with the securities laws “may seem incoherent or inconsistent.” After all, had the safe harbor rule applied during their fundraises, they may have been compliant.

A few questions that remain unaddressed

Upon closer inspection of the proposal, it seems to place a difficult burden on projects by allowing them to raise investment (as/like securities) but forcing them to reach “network maturity” within three years. What happens to projects that fail to do this?

“There are some questions that remain unaddressed by the proposed rule,” Hinkes confirms. “For example, what happens to projects that can’t launch a “mature network” in three years? What happens to the buyers of their tokens? How is “decentralization” of control and “functionality” of the network intended to be measured? What if the issuer realizes they can’t execute and wants to pivot the direction of the project to develop something entirely different?”

All these uncertainties highlight the complexity of developing regulation alongside technological innovation. Hinkes adds:

“Moreover, the proposal suggested that source code would be published. How often must that code be updated to reflect the progress of the issuer’s development team? The proposed rule also seems to favor on-chain governance over forking as a method of changing network functionality, which would seem to set a policy of favoring certain existing network architectures over others.”

So what happens next?

Whether the Commissioner’s proposal will amount to anything is uncertain. “It’s hard to say what happens next. Rulemaking is a lengthy process that includes several opportunities for public comment and requires multiple rounds of internal deliberation by SEC staff and Commissioners. Some rules have been adopted after only seven months; others have taken multiple years. Of course, some rule proposals are never adopted as final rules.”

Moreover, it’s pertinent to remember that CryptoMom Hester Pierce is approaching the end of her term with the SEC. It expires in June 2020.

“It remains to be seen whether this proposed rule will be adopted this year, or if it will be abandoned if she does not serve an additional term.”

Despite this, he confirms with conviction, “it’s certainly one to watch.”

This post was last updated on October 27th, 2019 at 10:33 amSEC Commissioner Hester Pierce, whose benevolent attitude towards crypto earned her the nickname ‘Crypto mom’, shared her thoughts on the current state of the crypto industry in the United States and the effect a slow regulatory response has had on the sector.

This post was last updated on October 27th, 2019 at 02:46 amSEC commissioner Hester Peirce—the highest position in the agency second to the chairman—implored the Commission to provide regulatory clarity to the crypto industry.

The United States Securities and Exchange Commission (SEC) has sued messaging app Kik over their 2017 ICO for its KIN token.