The inter-blockchain communication protocol goes live on Cosmos, enabling different networks to exchange their tokens and other data. 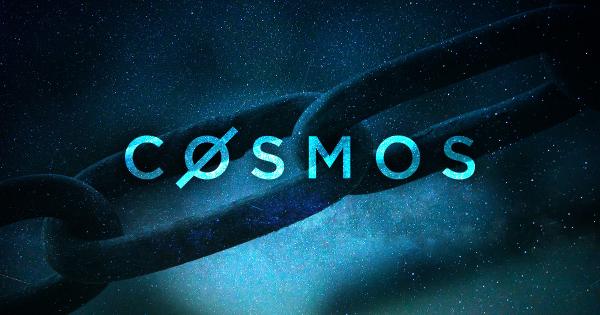 “After 5 years of research and development, Inter Blockchain Communication is being rolled out onto the Cosmos Hub! This is the first step of enabling cross-chain communication, which activates IBC token transfers – allowing you to send fungible tokens from one chain to another,” said Cosmos developers.

?Today @Cosmos has enabled Inter-Blockchain Communication (#IBC) transfers on the Cosmos Hub, making it possible for sovereign blockchains to transfer digital assets (tokens) and data b/w one another.

The Interchain era has begun?https://t.co/3vybbrLJ5G

Starting today, IBC-compatible blockchains can send their tokens to the Cosmos Hub as well as its native ATOM tokens. The system supports both fungible and non-fungible (NFTs) digital assets.

According to the developers, the launch of IBC opens up the doors for many new innovative applications such as token exchanges and NFT marketplaces. For example, the protocol can be used to create multi-chain smart contracts and split their logic between different blockchain. Thanks to this system, other blockchains can also solve their scaling issues by splitting popular decentralized applications (dapps) across multiple chains.

“IBC will have a transformative impact on the blockchain space by creating an ecosystem of politically independent chains that can interact via trade and information exchange. Knitting together many different blockchains can form a new crypto-economic system.”

The permissionless transfer of tokens across chains is a historic moment on the timeline to a valuable internet of blockchains. Cosmos Hub -the heart of the interchain- will enable trade & connect sovereign chains to create a new paradigm for economic exchange.

Per the announcement, the IBC also has “huge potential” for various decentralized finance (DeFi) applications, and several such dapps are already in the pipeline for this year. One of them—decentralized exchange Gravity Dex—will be launched with the next Cosmos upgrade.

As CryptoSlate reported, the Stargate upgrade, which laid the groundwork for the IBC transfers, was launched in mid-February.