So far this year, the SEC has rejected a Bitcoin fund proposed by the Winklevoss twins, two ETFs filed by Proshares, five ETFs from Direxion, and another from GraniteShares. 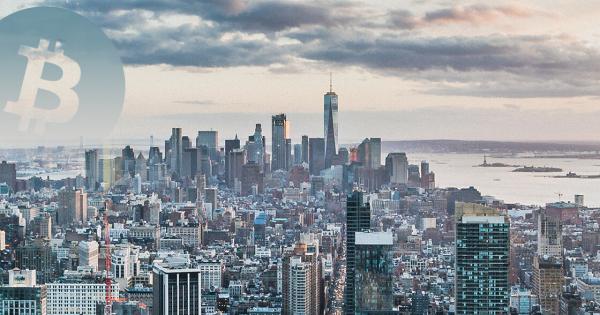 Photo by Sam Trotman on Unsplash

So far this year, the SEC has rejected a Bitcoin fund proposed by the Winklevoss twins, two ETFs filed by Proshares, five ETFs from Direxion, and another from GraniteShares.

Still, pundits are optimistic that a Bitcoin ETF approved by the SEC will hit the market in 2019.

After reviewing every single Bitcoin ETF proposal in the last two years, I’m quite confident that any Bitcoin ETF based on Bitcoin futures will be rejected. The first Bitcoin ETF the SEC will approve will be physically backed.

When an ETF wants to create new shares of its fund, it turns to someone called an authorized participant (AP) for help. An AP is just a fancy name for someone who is responsible for purchasing the underlying assets an ETF wants to hold. APs require a license from the ETF provider and are typically financial institutions with a lot of purchasing power.

For Bitcoin ETFs, the APs have the option of sending over baskets of cash instead of Bitcoin. This is simply for convenience as many APs don’t want to purchase Bitcoin and hold on to it themselves.

So when the AP sends over a basket of cash, the ETF provider trades the cash for Bitcoin. Then the provider returns ETF shares that are of equal value, less transaction fees, to the AP.

The most recently proposed ETF, submitted by VanEck and SolidX, follow this model. You can read more about this fund from their SEC filing here.

The second kind of ETF does not actually hold any Bitcoin. Instead, the ETF tries to mimic the performance of Bitcoin by trading Bitcoin futures, options, swaps, money market instruments, and investing in other pooled vehicles.

Obviously, the biggest worry surrounding ETFs that hold Bitcoin is custody risk. But I am inclined to believe that mitigating custody risk is easier than mitigating the risks of improperly tracking Bitcoin by trading derivatives.

Legitimate custodian services are popping up i.e. Coinbase Commerce, Xapo, itBit, Bitgo. In the future, it’s very likely that large financial institutions will also jump into the game. Securely storing BTC is difficult, but not impossible.

On the other hand, the risks associated with trading Bitcoin futures are not so easy to mitigate. Like we mentioned before, investors need to place a great amount of trust in the active manager to approximate the performance of Bitcoin using derivatives. It will be less transparent, cost more, and a small price change can have a big impact on performance because of leveraged trading.

Despite not having custody risk, I am hesitant to believe that the SEC will approve a futures-based Bitcoin ETF that is exposed to so many underlying risks.

Like we said, VanEck’s and SolidX are filing for a physically backed Bitcoin ETF. I’m quite optimistic about this proposal. Although I still think the SEC will push out the decision to 2019, VanEck is the only ETF that I’ve screen address the SEC’s concern in a meaningful way.

In order to placate the SEC’s concerns about protecting retail investors, a minimum purchase of VanEck’s proposed Bitcoin ETF is valued at 25 BTC.

In my opinion, a Bitcoin ETF targetted towards institutional investors has a much better chance of being approved.

A Cryptocurrency ETF Index is Far, Far Away

If the SEC is making this much of a fuss about Bitcoin, I think we are very, very far away from a cryptocurrency index ETF.

To approve a cryptocurrency index, the SEC will have to put every coin in the index through a process as arduous as the one for BTC.

HodlBot is an intelligent portfolio automation tool that helps investors automatically diversify and rebalance their cryptocurrency portfolio. Check out our HODL20 index which tracks the performance of the entire cryptocurrency market.

Anthony Xie is the founder of HodlBot, a tool that helps investors diversify their portfolios and automate their trading strategies.. Learn More