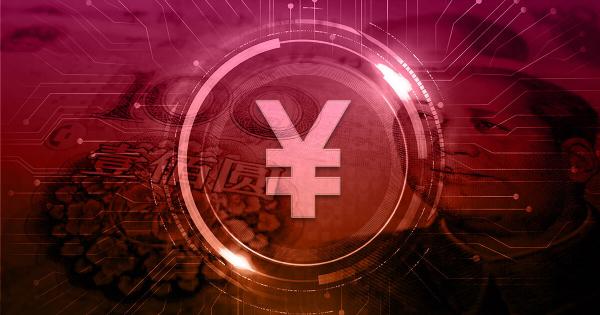 Meanwhile, researchers from Cornell University and the University in Chicago outlined what all the rush is about, and how will the arrival of digital yuan, also known as e-CNY or DCEP, affect the US dollar and the crypto market.

As of this Tuesday, the e-CNY pilot version app, developed by the PBOC’s digital currency research institute, was available for download on Chinese Android and Apple app stores in Shanghai.

However, still being in a research and development phase, the trial app is only available to selected users via supported institutions that provide e-CNY services–including major domestic banks.

CBDCs are imagined to represent a digital form of a country’s fiat currency, and currently, dozens of central banks worldwide are exploring their options on whether and how to pursue issuance.

Among ongoing projects in the research and development phase, the most recent announcements come from Mexico and Jamaica.

At the end of last year, the Bank of Mexico revealed its plans to launch a CBDC by 2024, while Jamaica finalized an eight-month-long pilot project and prepares for a nationwide rollout in Q1 2022.

However, privacy advocates, including Edward Snowden, have warned about this new, digital form of centralized currency–arguing CBDCs could usher the state’s ultimate financial control, and erode the privacy of citizens.

Meanwhile, could the US also be stepping up its digital dollar game?

As revealed by a recent job posting, the Federal Reserve Bank of Boston is looking for a new director of product management for Project Hamilton–the US CBDC pilot program, which, thus far remained in the shadow of the country’s main digital currency agenda–crypto regulation.

“Once implemented, CBDCs would immediately alter the endogenous value of other currencies, whether fiat or digital, as well as other countries incentives to implement their own digital currencies,” according to Lin Cong and Simon Mayer, who addressed the global competition among national fiat currencies, cryptocurrencies, and CBDCs.

“Countries with strong but non-dominant currencies (e.g., China) are most incentivized to launch CBDC due to both technological first-mover advantage and potential reduction in dollarization. The strongest currencies (e.g., the US) benefit from developing CBDC early on to nip cryptocurrency growth in the bud and to counteract competitors’ CBDCs. The weakest nations forgo implementing CBDCs and adopt cryptocurrencies instead,” their model suggests.

According to their model, CBDCs offer the most advantages for countries that have a relatively strong, yet not dominant currency–which would be the case with China, India, and the Eurozone.

In addition, their findings suggest that “the implementations of CBDC by these countries pose more danger to the crypto market than the launch of CBDC by the dominant currency country, i.e., the US.”