The current Celsius, 3AC situation may not be as bad as rumors suggest Liam 'Akiba' Wright · 2 weeks ago · 4 min read
News › Celsius › Analysis

The current Celsius, 3AC situation may not be as bad as rumors suggest

3AC debt exposure may be as high as $1.5B but is the real risk related to the fear, uncertainty, and doubt this has created? 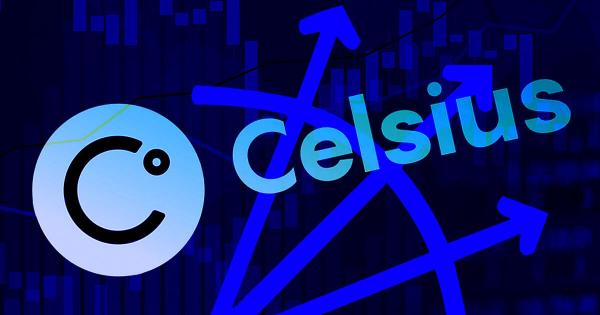 One of the more concerning issues around the current insolvency fears for several centralized lenders and investors is the lack of transparency. The news cycle is filled with rumors and theories around Three Arrows Capital (3AC) and Celsius, but very few verifiable facts that we can responsibly report. However, several notable people in the crypto industry working in the intelligence space have released in-depth analyses.

Is the fallout as bad as predicted?

One of which is the founder of market intelligence company Messari, Ryan Selkis, who ran a Twitter Space where he explored information he had gathered behind the scenes. Selkis downplayed the severity of the 3AC crisis, estimating that there is around.

“$1.5B of net liabilities in terms of how underwater 3AC is… and some proof that it’s been business as usual for basically any counterparty that’s I’ve talked to that’s been transacting with these guys.”

Selkis went on to further explain the crisis stating that “all the FUD around the sky is falling for the western lenders I think is probably overbaked right now.”

Many funds, projects, and lending platforms quickly distance themselves from Celsius and 3AC this week. Some have also come out to confirm liquidations of positions of large third parties. Tether announced they no longer had exposure to Celsius as funds were “liquidated without losses.” The Block also reported that “Crypto exchanges FTX, Deribit, and BitMEX have liquidated Three Arrows Capital’s positions over the past week.”

BlockFi and Genesis both created Twitter threads detailing that they had liquidated a sizeable third party over the past week. However, as neither specifically named 3AC, this could potentially be another large crypto company that has also been struggling with liquidity and under collateralized loans. 3AC lists BlockFi on their website as an investment partner but not Genesis. Many, including Ryan Selkis, believe these positions were, in fact, 3AC, but this is merely conjectured at this point.

If the total exposure for 3AC is $1.5B, as suggested by Selkis, then the direct effect on the market may be pretty minimal. That level of debt would represent just over 1% of the total market cap of the crypto industry and is less than the value of Bitcoin dumped by Terraform Labs during the LUNA crisis. The decline in Bitcoin price may then be mostly contagion from the fear, uncertainty, and doubt created by Celsius, Terra, and 3AC, all having crisis moments within a month.

Selkis was joined in the Twitter Space with some other prominent CEOs and analysts from within the crypto ecosystem, including the CEO of BlockFi, Zac Prince. Prince stated that given the current state of crypto lending, “a self-regulatory path is not a particularly viable option.” Earlier in the conversation, he also confirmed that he agreed that regulation would “need to be worked out” following the current crisis.

Also on the call, Frank Chapparo, the editor at The Block, claimed that 3AC has been

“hitting up everyone trading desks, token projects… to profit from a GBTC arbitrage trade…and they kind of knew the merry-go-round was coming to an end… they potentially figured out they could win it all back in one trade.”

Chapparo also confirmed that he had spoken to projects that said 3AC had contacted them to take on:

“Their entire treasury to do treasury management for these projects and the entire treasury…They were being pitched on having them sent 3 arrows, you know, hundreds of millions of dollars of their treasuries tokens.”

According to Chapparo, “the terms of some of these deals are also really bad,” suggesting that there may be some severe fallout for any company that accepted 3ACs offer to hold its treasury. Selkis, earlier in the conversation, mentioned a valid point that these projects are unlikely to come forward at this time as it could both tank their token prices and reduce their positioning in any future litigation against 3AC.
Both The Defi Edge and FatManTerra have reported that 3AC offered a yield return of 8% for holding project treasuries. Defi Edge claims that projects have reported being “ghosted” by 3AC when attempts have been made to contact the firm. It stated, “now we’re in a situation where SOME of the protocols they’ve invested in…their treasuries might be gone.” In this instance, the fallout for these projects could be enormous. FatManTerra built on these claims saying

“3AC borrowed money from multiple funds and counterparties and put it into Anchor to generate yield without telling them. Their UST position was confirmed to be at least nine figures before the Terra depegging event.”

“because of the risks involved, investment in a Three Arrows Capital fund is only suitable for sophisticated investors who can bear the loss of a substantial portion or even all the money the invest in the Fund without altering their standard of living.”

The language in this clause is slightly unusual as it references “standard of living” as a critical indicator. This phrasing could potentially become a primary focus of future litigation as counterparties may reasonably argue that their standard of living has decreased after losing hundreds of millions of dollars.

The entire situation is shrouded in mystery. This is a difficult position to accept in an industry used to the transparency of on-chain transactions. Increased transparency is needed to reinstate confidence in the markets. Investors currently have no idea where to put their money in order to gain even a small yield. Crypto wallets remain one of the most secure places to store funds during chaotic times and many are reaffirming the motto, “not your keys, not your coins.”