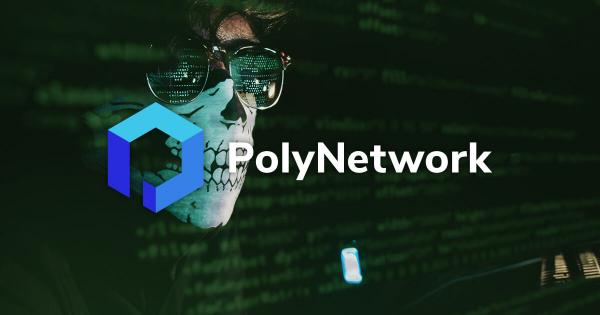 A decentralized finance (DeFi) cross-chain bridging protocol Poly Network recently announced that it has suffered an attack in which the hacker stole over $600 million across three blockchains.

The cross-chain interoperability network flagged the attacker’s addresses on Twitter, which revealed the extent of a massive exploit, urging miners of the affected blockchains and crypto exchanges to blacklist tokens coming from the hacker.

After a preliminary investigation, the hacked protocol located the cause of the vulnerability, claiming that the attacker exploited a vulnerability between contract calls as it urged miners of the affected blockchains and crypto exchanges to blacklist tokens coming from the disclosed addresses.

After preliminary investigation, we located the cause of the vulnerability. The hacker exploited a vulnerability between contract calls, exploit was not caused by the single keeper as rumored.

“We will take legal actions and we urge the hackers to return the assets,” said Poly Network on Twitter, while trying to establish communication with the attacker, inviting the new DeFi millionaire to talk to the protocol in order to “work out a solution.”

Following the attack, Tether, the world’s largest stablecoin, froze roughly $33 million in USDT associated with the alleged hacker’s wallet address, which led to ideological remarks on Twitter, questioning how decentralized is the DeFi corner of the space?

@paoloardoino whatever happened to decentralization?

We are aware of the https://t.co/IgGJ0598Q0 exploit that occurred today. While no one controls BSC (or ETH), we are coordinating with all our security partners to proactively help. There are no guarantees. We will do as much as we can. Stay #SAFU. ? https://t.co/TG0dKPapQT

.@OKEx is already on the case. We're watching the flow of coins, and will do our best to manage the situation.

Our wallet team will get in touch if we need more information. https://t.co/crD296bNdQ

The #PolyNetwork hack is possibly the largest crypto hack so far. Is the root cause due to a *SINGLE* compromised signer key? Here is the hack flow!!! pic.twitter.com/GphK5e7Its