Thailand’s Securities and Exchange Commission (SEC) has issued a warning to investors against putting their money into initial coin offerings (ICOs) that are not recognized and authorized by the SEC. 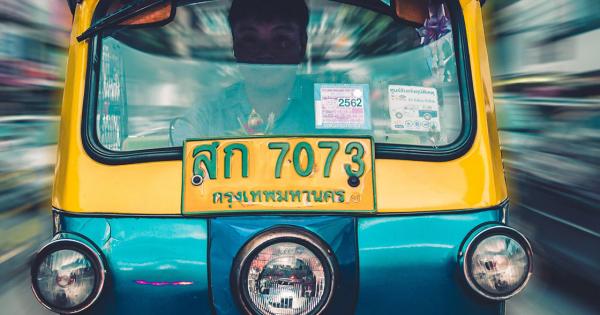 Thailand’s Securities and Exchange Commission (SEC) has issued a warning to investors against putting their money into initial coin offerings (ICOs) that are not recognized and authorized by the SEC. On Oct. 25, the Bangkok Post reported that the Thai market regulator has warned against investing in ICOs promoted through a plethora of online media, which the SEC has neither accredited nor acknowledged.

The Thai SEC recently conducted an investigation after discovering that a number of unrecognized sales offering digital assets and cryptocurrencies were being advertised across social media platforms like Facebook and YouTube to Thai investors. The results of the investigation revealed the existence of nine such unregistered and unrecognized ICOs namely,

According to the SEC which is Thailand’s principal markets regulator, not one of these ICOs have approached the SEC to apply for any form of approval, which makes them a huge investment risk for people who may have already put their money into them. The SEC further revealed that the tokens and ICOs in question have not met any of the necessary requirements for registration, neither have they presented their smart contracts for assessment and approval by the regulator.

To further compound the high-risk factor presented by these offerings,  their disclosed information to investors which should serve as a basis for making investment decisions is inadequate, and there is no evidence that the cryptocurrencies being mooted have the requisite liquidity to trade on exchanges or be converted into cash. The implication of this is that investors buying into these cryptocurrencies with hopes of making a return on their investment may effectively be buying worthless faux-assets that cannot be traded for other crypto assets or cash.

According to the SEC, the Monetary Authority of Singapore has previously warned that OneCoin and all its affiliated businesses are not under any supervision, and a number of other jurisdictions have warned investors against OneCoin. The regulator described OneCoin and other ICO investment schemes modeled after Ponzi schemes as “opportunists with no details available on business plans, product, platform or credible management team”.

It will be recalled that in October 2017, the Thai SEC published its ICO regulatory guidelines, which it said were intended to strike a balance between promoting beneficial innovation and protection of investors.

An excerpt from the SEC’s ICO regulation guidelines reads:

“ICO fundraising needs to be done through an ICO portal approved by the SEC. The ICO acceptance criteria may include due diligence and screening of funders from dishonest people. The source code of the smart contract will automatically be enforced against the contract. After the sale, the SEC publishes a copy of the statement on the SEC website.”