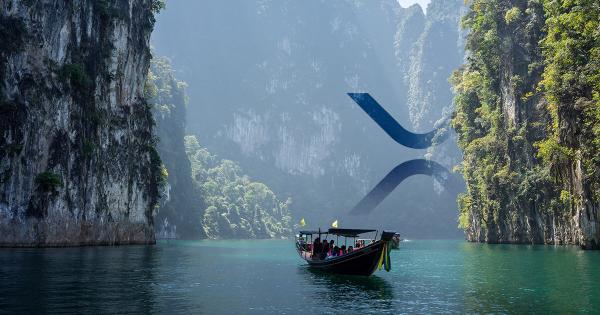 The Siam Commercial Bank (SCB), the largest commercial bank in Thailand, retracted a statement about using Ripple’s XRP token. The bank quickly issued a correction saying it had no plans on using XRP “as of now.”

Thailand’s largest commercial bank, the Siam Commercial Bank (SCB), caused quite a stir after it hinted it will soon start using Ripple‘s XRP.

Answering a question posted by one of its users, the bank’s official Twitter account said that an “XRP system will be announced soon.” In the now deleted tweet, the bank told users to follow their official schedule on social media for more information.

The news caused a frenzy among the XRP community, as introducing Ripple-powered transactions would supposedly speed up cross border money transfers and settlements.

However, when asked again on when exactly would the integration happen, the bank redacted its previous statement and said that it actually had no plans on using XRP.

However, many Twitter users pointed out that the bank’s swift removal of any mention of XRP integration could be a result of a non-disclosure agreement it made with Ripple. The most likely explanation is that a member of SCB’s social media team was unaware that such an agreement existed and acted without consulting the bank’s legal team, based on the bank’s previous interactions with XRP.

This goes in line with the bank’s previous statements. Earlier in May, SCB said that further announcements would be made regarding the use of XRP and added it would be using blockchain technology.

We will be using Blockchain Technology for ripple but as for XRP, you may have to wait for further announcement.

Prior to that, the bank conducted a cross-border payment trial using Ripple. The highly publicized trial managed to reduce transaction times from around 2 days to just 1 minute. Thailand’s government has also expressed interest in distributed payment systems and formed an independent organization called the Thailand Blockchain Community to experiment with the technology.

The 22-member coalition, which consists of 14 members of the Thai Bankers’ Association and 7 state-owned enterprises, was tasked with exploring how blockchain can increase efficiency and reduce the cost of money transfers.

Within the last 30-days, bitcoin has gained 29 percent and the crypto markets overall have appreciated 22.5 percent.