The first version will allow for the minting, selling, and buying NFTs on the Tezos blockchain. 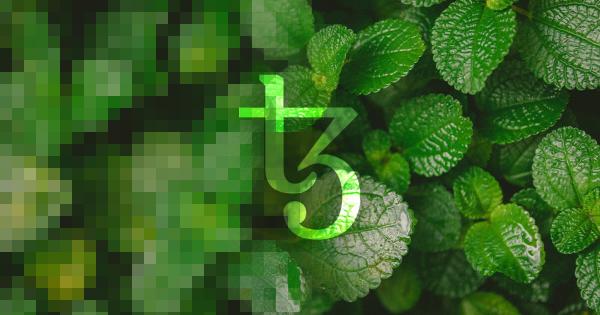 Photo by Travis Colbert on Unsplash

Kalamint will go live today and the first NFTs will be up for sale soon. Kalamint sets itself apart by building a quality community of minting artists and by effectively battling plagiarism.

Kalamint is expected to have a great start since the Tezos NFT community has been growing rapidly over the past weeks. So, there’s already quite a buzz going in the NFT community and this weekend, the largest financial newspaper of Israel even covered Tezos’ NFT platform Hicetnunc.

Hicetnunc is increasing in popularity and is attracting a lot of NFT artists that take their first steps into the Tezos ecosystem.

These include artists with a substantial following on Twitter, like Mario Klingemann, EclecticMethod, Refik Anadol, Angie Taylor, Joanie Lemercier and more. Anyone can mint an NFT on Hicetnunc and in the first three weeks, 10,000 NFT’s have been minted.

Kalamint is different from Hicetnunc in several ways and is best described as an exclusive gallery where a DAO-governed guild of experts onboard quality artists and prevent plagiarism.

On the first version of Kalamint, users can perform the following actions:

Later versions will include the creation of collections (limited editions), auctions, price discovery curves, and a DAO.

Kalamint is what is known as a curated market. Like a gallery. This means that there is an authority on the platform that decides who can become an artist and this guild can act when there is a case of (suspected) plagiarism.

In Kalamint, this authority can be reformed by the majority. Kalamint is set to be a decentralized quality gallery. The authority is the guild and is formed by creators, collectors, and wardens.

Creators and Collectors can:

An important financial incentive to enter the NFT community on Tezos is the fact that transaction costs on Tezos are extremely low. Currently, transaction fees on Ethereum are out of control. At the time of press, an average transaction on Ethereum costs $16.73.

A basic transaction on Tezos costs $0.0017 and a more complex transaction like minting an NFT, will be done under $0.40. With a TPS (amount of transactions per second) of ~121, Tezos has a capacity that is 8 times that of Ethereum, which has a tps of ~15.

But even if Tezos’ transaction volume continues to grow exponentially, as it has been doing over the past 9 months, Tezos will be able to anticipate and adapt to the demands of the market. Tezos’ on-chain governance model allows it to evolve fast.

In the past three years, five upgrades have improved TPS twice, lowered transaction costs twice, and added privacy and a feature called ‘Tickets’ which allows a more efficient way of transacting tokens.

Additionally, Tenderbake will introduce improved finality to the Tezos blockchain, allow better scaling and increase the TPS by large margin. Tenderbake testnet has been live for almost 6 months, and could very well be on mainnet this year.

Besides the financial incentive to mint, sell and trade NFT’s on Tezos-based platforms, there is another important reason for NFT artists to start minting on Tezos: a more ideological motivation.

Tezos’ is a Proof of Stake (PoS) blockchain and uses a substantially less amount of energy compared to Proof of Work (PoW) blockchains like Ethereum.

Environmentally inspired hashtags are going mainstream on Twitter, such as #GreenNFT and #CleanNFT like Mr.doob uses here to go with his first Hicetnunc NFT. This shows there is a big motivation to go for a PoS chain like Tezos. Here we see an example of such thoughts from John Karel:

Here is another example of this way of thinking from Thomas Lin Pedersen:

What else to look forward to

Ethereum-based NFT platform OpenSea has announced to add Tezos-based NFT’s soon. This will quite likely take place in March.

TezAuction is an NFT platform that is in heavy development currently and is planning to launch on EDO testnet next month.

And last but not least, the @thealchememist, who sold 16 NFTs for 12,396 XTZ (over $50,000 at today’s price), will launch an NFT puzzle game to go with his personal auction platform.

XTZ.news is the first global, journalistic hub for Tezos in the world.