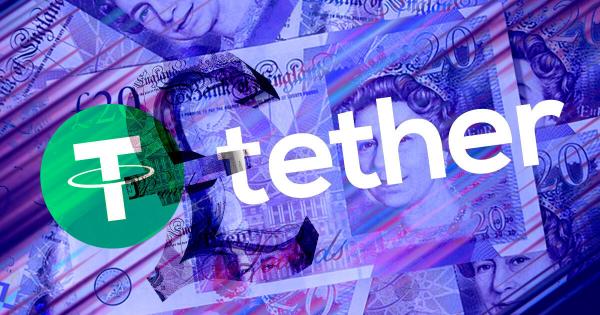 Tether, the issuer of the biggest dollar-pegged stablecoin, said it plans to expand its product lineup to include a new pound-pegged token.

The addition of GBP₮ will increase Tether’s product offerings to five in total, including the U.S. dollar-pegged USD₮, the euro-pegged EUR₮, the yuan-pegged CNH₮, and the Mexican peso-pegged MXN₮ stablecoins.

As expected, GBP₮ will be 1:1 pegged to the pound and run on the Ethereum chain. An early July launch date is given.

Commenting, Tether’s CTO Paolo Ardoino said the firm is “ready and willing” to cooperate with U.K regulators to make this a reality.

Ardoino further added that the U.K is poised to become “the next frontier for blockchain innovation.” With that, GBP₮ can aid this drive by giving users access to a pound-pegged stablecoin from the biggest name in the stablecoin market.

The U.K wants to become a crypto hub

On Tuesday, the U.K Treasury announced it will rescind plans to require crypto firms to collect personal information on transfers made to “unhosted wallets.” The report acknowledged concerns to do with privacy.

“Sectors, or sub–sectors, may also be removed from scope of assessments to show they represent low risk to the extent that inclusion under the MLRs becomes disproportionate.”

Since April 4, the U.K government has signaled its intent to become a crypto-friendly jurisdiction. In a tweet commenting on stablecoins, U.K Chancellor Rishi Sunak spoke of “the potential of this technology.”

“By recognising the potential of this technology and regulating it, we can ensure financial stability and provide wider consumer payment choice.”

Sunak’s plans also included legislating for a financial sandbox to test market innovations, developing an engagement group providing an interface between the crypto industry and government, and examining tax rules for greater competitiveness in this area.