The new rule only requires crypto insitution facilitating the transaction to collect personal data on transactions to unhosted or private wallets. 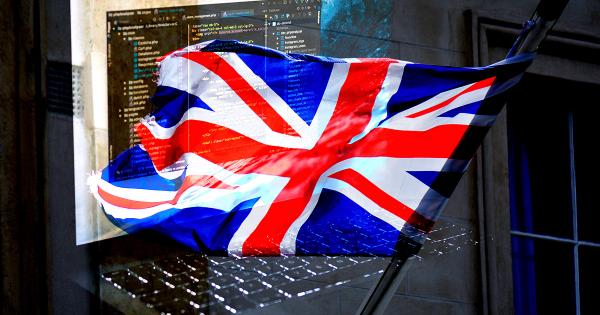 The U.K. government has pulled back on its plan to collect data on transactions sent to a private or unhosted crypto wallet.

The Treasury made the revelation in an AML/CFT consultation report where it stated that it would not be implementing the proposed data collection. It said feedback received after a July 2021 document announced the proposed rule informed its decision.

The Treasury, in July 2021, released a document that sought to force crypto firms and individuals to collect personal data of transacting parties. This move was to guard against illicit transactions and implement KYC in crypto-asset transfers.

“Cryptoasset firms will need to put in place systems for ensuring that personal information of the originator and beneficiary of a cryptoasset transfer is transmitted and received alongside the transfer, in an appropriate format,” the Treasury said in the document.

The proposed rule would have required crypto exchanges and users to collect data on any transaction between unhosted parties.

However, in the recently released document, the Treasury clarified that it wouldn’t be moving forward with the proposition.

The Treasury in the document said: “Instead of requiring the collection of beneficiary and originator information for all unhosted wallet transfers, cryptoasset businesses will only be expected to collect this information for transactions identified as posing an elevated risk of illicit finance.”

Despite the turnaround, the new rule only transfers the burden of collecting personal information data to the cryptoasset firm facilitating the transaction. In addition, the firms are to collect data for “transactions identified as posing an elevated risk of illicit finance.”

Further, where the firm cannot verify the identity of the beneficiary or sender, it has the discretion to either reject, suspend or allow the transaction.

Compliance with the FATF

The imposition of the rule is the U.K.’s attempt at implementing the AML/CFT standards under Financial Action Task Force (FATF).

Under the FATF, disclosure of the identities of transacting parties forms part of the AML/CFT standards. This informed the Treasury’s prior decision to force the data collection “regardless of the technology used to facilitate transfers.”

As it stands, only crypto institutions facilitating such transfers are to collect personal data.