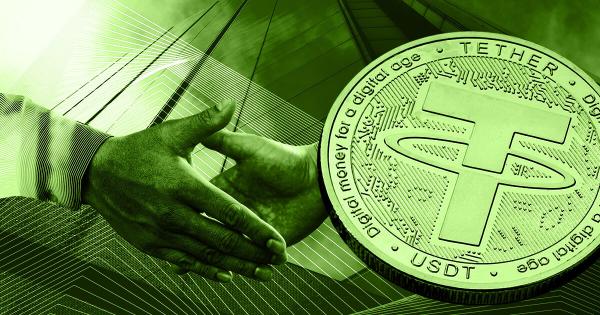 Tether said Aug. 18 that it is now working with BDO Italia, a top five global accounting firm, in an effort to increase the transparency of the USDT stablecoin.

The collaboration will see Tether release its proof-of-reserve report on a monthly basis. BDO Italia took over from MHA Cayman as Tether’s accounting firm in July 2022.

Tether expects to increase its transparency and accountability as part of a commitment to maintaining the trust of customers using the USDT stablecoin on a daily basis.

“The utility of Tether has grown beyond being just a tool for quickly moving in and out of trading positions, and therefore it is mission-critical for us to scale alongside the peer-to-peer and payments markets.”

In 2021, Tether incurred a fine of $41 million from the US Commodity Futures Trading Commission and another $18.5 million to the office of the New York Attorney General for allegedly providing misleading details about the assets backing its USDT stablecoin.

As a necessary condition to continue operating, Tether partnered with MHA Cayman to publish a quarterly report to show details of assets in its reserve.

Tether’s transparency report at the end of 2021 revealed its reserve holdings slightly exceeded its liabilities. It held $78.67 billion in reserves and had liabilities of $78.53 billion. For commercial paper, Tether held approximately $24 billion, which the stablecoin issue promised to reduce with time.

In May, rumors filled the crypto space that Tether’s commercial paper portfolio was made up of 85% Chinese papers and was trading at a 30% discount. Tether, however, clarified that USDT is backed by less than 25% of commercial papers and it is working to reduce it to 0%.