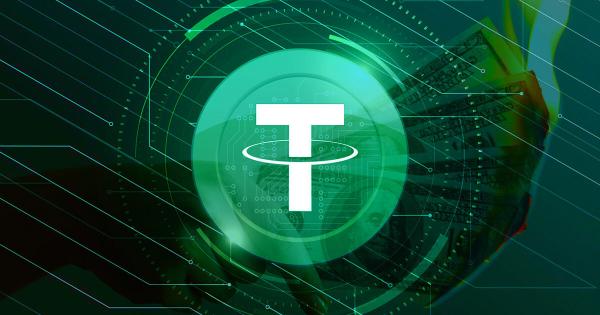 Tether, the number one Stablecoin issuer, has released its attestation for the last quarter of 2021 yesterday, and there were lots of interesting figures.

The USDT issuer has reduced its reserves allocation to commercial paper by over 20%. This means that its commercial paper holding dropped to $24.16 billion from $30.5 billion between September and December.

Commercial papers are debt instruments issued by companies to finance short-term liabilities or payroll. While it’s quite common, the fact that it’s not backed by collateral makes it quite risky.

The Evergrande crisis last year led to concerns around the security of commercial papers. Many also wondered whether the company was one of those that issued Tether commercial paper, a suggestion that the firm vigorously denied.

Since then, the USDT issuer has worked to rebalance its reserves portfolio. Compared to its last report released in September, bank deposits and cash dropped by 42% and are now at $4.187 billion.

The report reveals that the amount in Tether reserves slightly exceeds the liabilities of its stablecoin as of December 2021. Its liabilities were around $78.53 billion, while total assets in reserves were $78.67 billion.

By law, any commercial paper with a maturation period exceeding 270 days must be registered with the SEC.

The quarterly report of its reserves is part of the court settlement it reached with the Office of New York Attorney General in February 2021.

The New York regulators accused the firm of misrepresenting the amount of fiat backing its stablecoin between 2017 and 2018. The case was finally resolved, with Tether having to pay an $18.5 million fine without admitting any wrongdoing.

In October 2021, the US Commodity Futures Trading Commission fined the firm $41 million for misleading and untrue claims that USDT was fully backed by fiat currency between June 1, 2016, and Feb. 25, 2019.