Circle CEO said the firm has a little equity in FTX and other crypto exchanges like Kraken, BinanceUS etc. 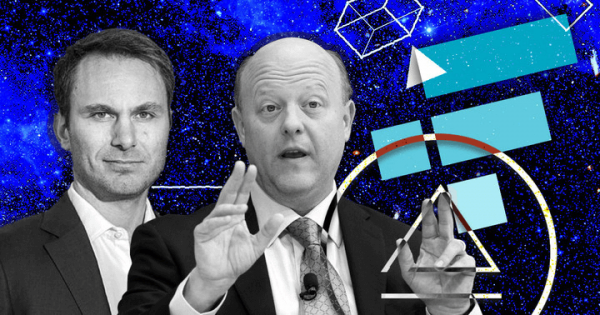 The issuers of the two largest stablecoins, Tether and Circle, have distanced themselves from the FTX situation, saying they have no exposure to the struggling crypto exchange or  Alameda Research.

Tether’s CTO Paolo Ardoino said in response to a Wu Blockchain tweet that the USDT issuer had no exposure to FTX or Alameda.

To be clear: #Tether does not have any exposure to FTX or Alameda. 0. Null.
Maybe is time to look elsewhere.
Sorry guys. Try again. https://t.co/1bRNUGrttr

According to Ardoino, while Alameda has issued and redeemed a lot of USDT in the past, the stablecoin issuer has no credit exposure that has matured with the struggling crypto trading firm.

“Tether is issued and redeemed upon market demand by our customers.”

Circle also has no Alameda exposure

The co-founder and CEO of Circle, Jeremy Allaire, also posted a thread to explain the relationship between FTX and Circle to clear any fears and uncertainty among market players.

1/ Lots of FUD accruing out there, so another thread to help dispel the noise.

According to him, FTX has been a Circle Payments API customer for 18 months, and Alameda has been using Circle for many years to create and redeem USDC.

“Circle has never made loans to FTX or Alameda, has never received FTT as collateral, and has never held a position in or traded FTT. In any case, Circle does not trade on its own account.”

In response to the millions of USDC moved by Alameda Research to FTX in the past few days, Allaire claimed that the transactions were in line with the term of settlement and “automated systems of 1:1 dollar settlement to mint USDC and redeem USDC.”

He also discussed the FUD about Silvergate, saying that the bank is just one of the more than ten banks holding USDC cash reserves globally. Roughly 80% of Circle assets are in U.S. 3 months or less US treasury bills and in the custody of BNYM.