The metal gained over 11% in the past day, setting an eight-year high price. 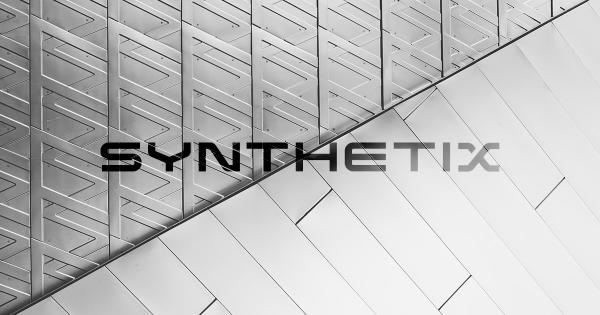 Photo by Robert Haverly on Unsplash

The metal gained over 11% in the past day, setting an eight-year high price. Meanwhile, synthetic crypto assets platform Synthetix launched the sXAG token, an ERC-20 issuance that tracks the prices of the shiny metal.

Who said people on social media couldn’t influence markets? The latest price surges in a number of assets are proving otherwise.

Last week saw the stock of GameStop surge skyward to over $450 at one point, up hundreds of percent from the stock’s low of under $2 in May 2020. Much of that run came from WallStreetBets, a subreddit focussed on the US stock and options market.

Silver is +11% tonight and just traded 8 year highs. Had never imagined a social media traders' campaign could do this. #silversqueeze pic.twitter.com/GwJHu49k2i

Then, on the crypto side, came the surge in meme coin Dogecoin. Social influencers on Twitter and TikTok shilled the joke token to their millions of followers cumulatively, which led to a price surge of over 800%—from under $0.007 to over $0.08.

Now, the internet’s greatest traders are out for silver. The precious metal made the rounds on several online forums, Twitter accounts, and internet groups, and broke out of its eight-year highs last night. The surge even meant that all silver-related stocks on the US markets themselves moved upwards.

The #silversqueeze is going to tell us just how bullshit the Silver and precious metals markets are.

Some silver brokering sites even went offline as customers rushed in to purchase their part of the shiny metal. As per Economics Times, the prices of spot silver surged by nearly 7.4% in Asia to over $29 an ounce. The move meant silver traders were up over 15% on their investment since last week.

Mining stocks went up in Australia and China, the report said, with one Money Metals, an online exchange for precious coins and bullion, even said there was an “Extreme Demand Alert” for the shiny metal, restricting orders to between $1,000 and $10,000 per customer.

As such, one Kyle Rodda, an analyst at brokerage IG Markets in Melbourne, said that the silver rally was fueled by the Reddit crowd:

“The Reddit crowd has turned its sights on a bigger whale in terms of trying to catalyze something of a short squeeze in the silver market.”

He, however, provided no further evidence of the exact subreddit or Reddit posters driving the rally.

Despite the popular opinion, some critics said that the silver rally was not being driven by the retail crowd at all. “On Twitter, everyone is saying WallStreetBets is going after Silver next. On WallStreetBets, there are only 3 posts on Silver in about the top 50, and they’re all warning everyone to stay away,” said Nathaniel Whittemore, a podcast host, and macroeconomist.

“Someone is orchestrating a serious disinformation campaign,” he added.

On Twitter, everyone is saying WallStreetBets is going after Silver next.

On WallStreetBets, there are only 3 posts on Silver in about the top 50, and they’re all warning everyone to stay away.

Someone is orchestrating a serious disinformation campaign. pic.twitter.com/49BkX5BIIL

The surge, however, made clear that retail investors could indeed still move markets, despite the popular opinion that only institutions and hedge funds were able to do so. Wonder which asset is going to be pumped in this way next.

Silver is now on Synthetix

Silver’s move skyward saw markets for sXAG, an ERC-20 version of silver on the Ethereum blockchain, go live on Synthetix.

The token’s prices are powered by Chainlink oracles, and allows anyone in the crypto/DeFi space to get price exposure to silver without needing a traditional brokerage account or paying crazy spreads on bullion. “Synthetix also supports sXAU (gold) and sOIL (Brent Crude Oil) as well as a number of forex currencies like GBP and AUD,” said Synthetix founder Kain Warwick in a tweet.

This allows anyone in DeFi to get price exposure to silver without needing a traditional brokerage account or paying crazy spreads on bullion. Synthetix also supports sXAU (gold) and sOIL (Brent Crude Oil) as well as a number of forex currencies like GBP and AUD.

Warwick said that various arbitrage opportunities and upcoming proposals would make markets like sXAG one of the most liquid synthetic markets in the world. 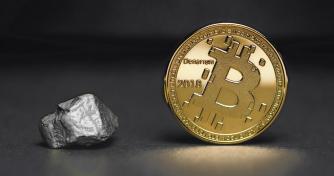 Bitcoin is now worth half of all silver in the world 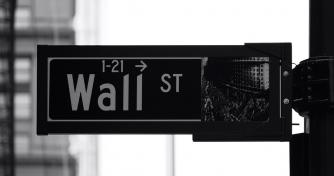 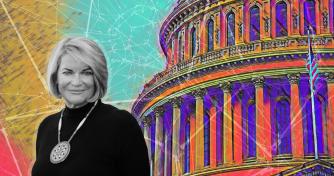 END_OF_DOCUMENT_TOKEN_TO_BE_REPLACED

sXAG is a synthetic asset issued by the Synthetix protocol which tracks the price of an ounce of Silver (XAG).