Chris Larsen has been involved in San Francisco’s surveillance camera scene since a while. He’s not stopping. 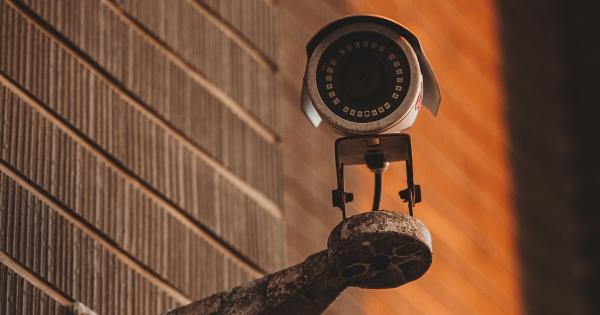 Larsen has been involved in the controversial project since 2012, making a hefty $4 million donation for teams to set up cameras and be monitored by elected community members, instead of the police.

As per the report, Larsen’s $695,000 donation is being considered for camera installation by the Castro Upper Market Community Benefit District, a public-private partnership of local business and property owners.

“In many ways, tech has contributed to the disparity and problems that we see in San Francisco today. As members of the community, I think it’s our job to help solve them by reinvesting in The City, making it safe and supporting our small businesses,” said Larsen in a statement.

Community Benefit District group director Andrea Aiello revealed last week the area had over 224 cameras already, but that the devices were owned and operated by individuals. The new cameras would, however, be a community feature and help the police with footage in case of crime.

“It’s important for effective and efficient crime prevention because law enforcement only has to go to one place to get the video footage,” Aiello said, adding the cameras would be placed on private property and other major intersections known for high crime rates.

But the move is stirring up the local lesbian, gay, bisexual, transgender, and queer (LGBTQ) community. The group says it has faced discrimination and violence by police and that the camera installations would increase their being targeted.

“That isn’t to say anything about the current leadership of San Francisco at present, it is just a reality and historical fact that this has happened,” said Stephen Torres, a member of the cultural district’s advisory board.

“So allowing access to this kind of information to any kind of law enforcement, especially given our community’s history, I think would give a lot of people pause.”

As per the report, Larsen’s previous donations helped fund surveillance networks in other sensitive neighborhoods which have helped the police previously during last year’s riots and protests against the killing of George Floyd.

That move, however, spiraled into a lawsuit from the American Civil Liberties Union. The latter argued such surveillance was a violation of the protestors’ First Amendment rights.

However, a meeting earlier this week saw Aiello and other officials consider policy guidelines for preventing law enforcement from accessing the community cameras in real time. One of the discussions was around not storing the footage for more than 30 days while only allowing access for evidentiary purposes if a crime is reported.

“We have learned so much about how important privacy is and how to develop controls and procedures that really ensure privacy and don’t put that at risk,” noted Aiello.