Ripple co-founder Chris Larsen sat down for a discussion on the cryptocurrency space and creating an internet of value with Arjan Schütte, the Founder and Managing Partner of Core Innovation Capital, for the keynote of this year’s Money2020 FinTech conference.

Photo by Gordon Mak on Unsplash

Ripple co-founder Chris Larsen sat down for a discussion on the cryptocurrency space and creating an internet of value with Arjan Schütte, the Founder and Managing Partner of Core Innovation Capital, for the keynote of this year’s Money2020 FinTech conference. During the talk, Larsen shared his views on Silicon Valley, disruption in the financial technology space, and regulation.

At @money2020, @chrislarsenSF shared his perspective on disruption, digital asset regulation and the #InternetofValue. Read our recap of his keynote here https://t.co/gljTQOW39V

‘A Techlash Going On’

One point Larsen made was the need to end the “fetish for disruption” in the financial technology space. Just because a firm’s product is disruptive, he said, does not mean that the firm itself has to be:

“There is a ‘techlash’ going on, for sure. Silicon Valley has missed the boat. They’ve moved fast and broke things and didn’t worry about the consequences. This is where FinTech has struggled. Pure code is one thing, but it has to also be compliant and regulated. Technology is embedded in everything these days, and people are scared. They don’t want to hear how you’re going to break things.”

Technologies like the blockchain can and are being used for good, he argued, pointing to the investments Ripple has made toward charitable giving. He also called out the industry for not doing better to mitigate the potential harm digital assets can cause.

The fear and harm Larsen refers to is likely due in large part to reports of scams, massive theft, and money laundering that continue to pop up in the cryptocurrency space as the technology struggles with finding a compromise between its commitment to decentralization and independence and a need for consumer safeguards.

Larsen said crypto companies could assist in risk reduction by working with banks, building on their existing regulatory framework and incorporating security measures that have already been in use to help protect investor’s assets, build trust, and thereby inject value into the system:

“Work with banks. By working with the system, you are automatically confronted by what the concerns are. If you’re only on your own path, you don’t see what these issues are.”

With thoughtfully executed regulation, Larsen argued, digital assets could boost the creation of global liquidity that might serve as a protection against another financial crisis like the one we saw in 2008. Unsurprisingly, he cited XRP as an example of how it could be done, as Ripple has long touted its ability to ease cross-border transactions between countries.

Companies like Ripple and Binance that are expanding into the world’s poorer regions are banking on crypto’s ability to give people without any kind of financial institution or reliable government access to money. Both are actively involved in setting up ways to use crypto to help people set up accounts or receive monetary resources in regions like Uganda.

“Ninety percent of what we see today [in digital assets] won’t exist in ten years time,” Larsen said, “But the other ten percent of it will change the world.”

For more information on Ripple and XRP: 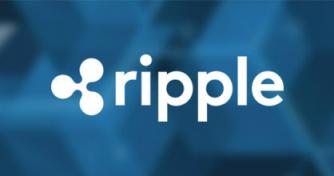 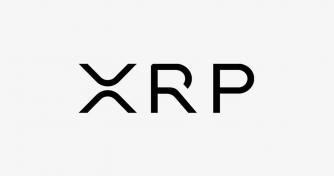