SundaeSwap announces how to claim ISPO tokens, but is it all too little too late? Samuel Wan · 8 months ago · 3 min read
News › Cardano › DeFi

SundaeSwap announces how to claim ISPO tokens, but is it all too little too late?

SundaeSwap finally gives official details on claiming ISPO $SUNDAE tokens. But events of the past few weeks have alienated the dex giving competitors an opening. 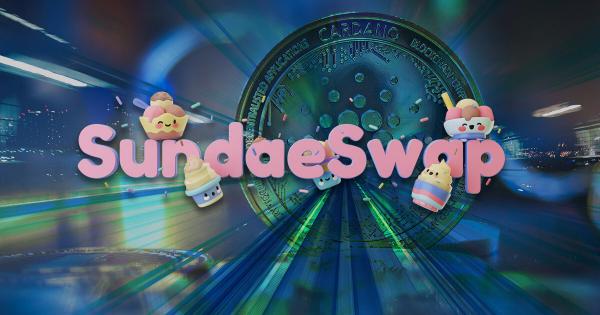 Participants of the SundaeSwap initial stake pool offering (ISPO) can claim their free $SUNDAE tokens via DripDropz.io from March 1.

Under fire SundaeSwap finally gives official details on how to claim ISPO $SUNDAE tokens. But events of the past few weeks have alienated the dex giving competitors an opening.

ISPO refers to a token distribution model, so far unique to Cardano, where users delegate their ADA with an approved stake pool and receive the new token in exchange.

They differ from Initial Coin Offerings (ICOs) in that the ADA is not sold or exchanged. Meaning the initial ADA investment is not “lost” and remains the property of the delegator.

SundaeSwap has come under fire for its handling of the drop. Critics say an “airdrop” model that automatically credits the staking wallet would have been a safer, less confusing option.

Nonetheless, after months of suspense, SundaeSwap has now released official details on how to claim ISPO $SUNDAE.

How to claim $SUNDAE

Given the novelty of ISPO tokens, scammers have flooded SundeSwap social media in the hopes of catching out unsuspecting users.

A typical ruse is pretending to be from SundaeSwap Support, asking users with a question on the drop to get in touch to resolve their query. It’s assumed the scammer will then try and obtain passphrases to empty the user’s wallet.

Monday saw SundaeSwap post a Medium article detailing how to claim ISPO $SUNDAE tokens. It reiterates what was said previously but gives the assurance of officially coming from SundaeSwap.

“Approximately 1.3 ₳DA will be returned to you (to cover the minUTXO)

Eligible users who previously staked with an approved stake pool will need to go to the DripDropz site, enter their wallet address, and click “Claim My Dropz.”

There’s a one-year expiration date on claims, and SundaeSwap says they are exploring alternative claiming methods for users to avoid paying the fee.

SundaeSwap went live on January 20, and with a total value locked of $86.4 million has a current dominance of 95.5% of the Cardano DeFi ecosystem.

In addition, CardStarter has now filed a lawsuit against SundaeSwap over reneging on the number of tokens offered at the initial stage of their partnership. Input Output CEO Charles Hoskinson tried to distance himself from the situation, saying it has nothing to do with him.

“It’s quite unfortunate that’s where Card’s at and Sundae’s at in the relationship, that apparently spending months to years to solve a problem is a better idea than trying meditation.”

All of this, as well as the confusing and poorly communicated ISPO process, means SundaeSwap has a lot to do to convince users they should be the number one Cardano dex.

Even now, the dApp still cannot link to the official Cardano Daedalus Wallet or even the native lite wallet Yoroi. Users are currently forced to use the lesser-known Nami and Ccvault wallets instead.

With contenders, including Cardano Cube and Cardax, readying their own launches, how long can SundaeSwap retain its dominance?

“Reverse ISO” will see 20 million more SundaeSwap tokens given away

SundaeSwap announces how to claim ISPO tokens, but is it all too little too late?