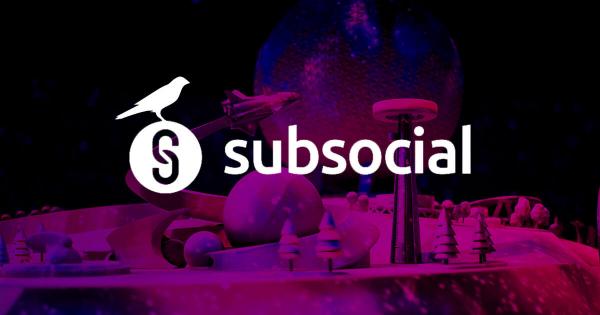 Photo by Brian McGowan on Unsplash

Subsocial Network, a decentralized platform designed to support the creation of decentralized social networks has won the most recent Kusama parachain slot auction. A total of 16.5 million (16.5% of the total supply) SUB tokens will be allocated as rewards for crowdloan participants. It is only the 4th crowdloan to hit the cap of 100k $KSM.

Subsocial is building the future of social finance

Once again the power of community comes to the forefront in the latest Kusama crowdloan. The Subsocial team shared an official announcement via Twitter.

#Subsocial just won @kusamanetwork's 16th auction! Our community's support was incredible, and we became the 4th crowdloan to hit the cap 🔥 Operating as a parachain will allow us to build all sorts of innovative integrations in the #SocialFinance sector!

Subsocial is a new social network project running on a very advanced Polkadot blockchain. Upon winning the slot they will allocate 16.5% of the initial total supply of SUB tokens or 16.5 million to the crowdloan. Of those, 15 million will be distributed as guaranteed rewards. The remaining 1.5 million will be allocated to referral bonuses and distributed according to the terms of the referral program.

Crowdloan participants may also earn referral bonuses. Each participant will receive a unique referral code, allowing them to generate rewards of 15 SUB per KSM contributed by their referrals, which are split 50:50 between the referrer and the referee. Any unused referral funds from the 1.5 million SUB allocation will be returned to the Treasury and used for the next crowdloan.

SUB rewards will be subject to a vesting schedule. Upon receipt, 20% of the rewards will be available immediately, while the remaining 80% will vest over the 48 weeks of the parachain slot lease.

Subsocial as a censorship-resistant social network

With increased attention around privacy and data concerns within the most popular social media platforms, today users are in favor of enhanced transparency. Subsocial, as a decentralized hub, aims to revolutions our online engagement. It offers free expression and community rewards to empower content creators.

Subsocial differentiates itself from any previous definition of a social network by building it as a social finance protocol and putting the power back in the hands of creators. In addition to the current functionality offered via social platforms, Subsocial can be customized to allow content creators to control their income streams.