Researchers found that despite high initial interest, wallet usage for Bitcoin transactions is low and concentrated among a select demographic. 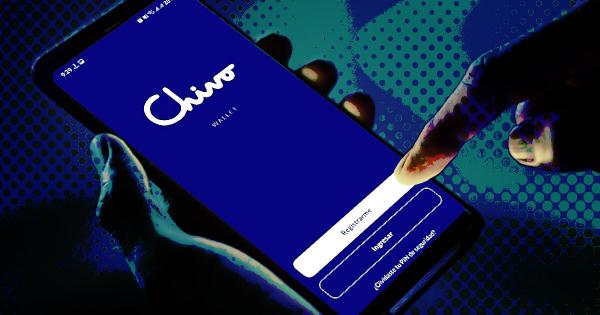 A study published by the Economic Bureau of Economic Research claims El Salvador’s Chivo Wallet has been a bust.

Researchers say despite high initial interest, the usage of the Chivo Wallet is low and concentrated among the already banked, educated, young male demographic. What’s more, they also say “virtually no downloads” have occurred in 2022.

By extension, the above would suggest the ‘Bitcoin experiment’ in El Salvador is faltering.

Wasn’t the Chivo Bitcoin wallet supposed to be a game-changer?

The rollout was supported by the government-backed Chivo Wallet, which enabled quick and easy payments in dollars and Bitcoin. In a push to incentivize downloads, every new user can claim $30 worth of BTC for free.

“The Chivo Interface is designed to be simple and intuitive, giving you the functionality you need for your daily use, for consumption, remittances and personal finances in general.”

One month from launching, El Salvador’s President Bukele took to Twitter announcing twice as many Salvadorians have a Chivo Wallet compared to a bank account.

Since then, users have reported severe problems, including identity fraud (to claim the free Bitcoin) and privacy breaches, such as name leaks, due to bugs.

As the country approaches the nine-month mark since the Bitcoin Law passed, researchers have released the results of a face-to-face survey of 1,800 households. And for Bitcoin advocates, the findings make for uncomfortable reading.

Researchers found that just over two-thirds (68%) of people surveyed were aware of the existence of the Chivo Wallet.

“The probability of being aware of Chivo is higher for individuals who own a cell phone with internet, and who are banked, educated, young, and male.”

The issue is compounded by Salvadorians having relatively low access to phones with internet access, at just 65%. For comparison, in 2021, 85% of US adults owned a smartphone.

Respondents who did download the app said the main driver of that decision was the free $30 worth of Bitcoin on offer.

Digging further, it was noted that respondents did not trust the Chivo Wallet, or indeed Bitcoin itself, with cash the preferred method of transacting.

“Moreover, we do not find evidence of Chivo Wallet being used to pay for taxes or to send remittances at a significant scale.”

The researchers concluded that despite BTC’s legal tender status, the leading cryptocurrency is not widely used as a medium of exchange.