Study: 76% of Americans don’t want to give up their paper money

A cashless society is coming, and it’s only a matter of time. 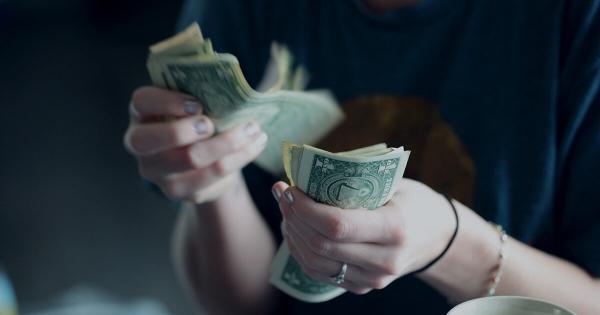 A cashless society is coming, and it’s only a matter of time. Perhaps you have noticed the steady trend aimed at eliminating cash as a means of exchange.

Those who have recently attended a sporting event as Atlanta’s Mercedes-Benz Stadium surely noticed that their cash is no longer accepted at concession stands. The same goes for fans at Tampa Bay’s Tropicana Field and several other professional sporting venues.

Sporting fans are just the start. A growing list of municipalities is, at the very least, considering banning cash at retail stores within their city limits. Some independent retailers like Sweetgreen have taken the impetus to reject cash as a form of payment on themselves.

So people are cool with this, right? After all, retailers and local governments wouldn’t be seriously weighing the idea of cashless transactions ― let alone implement such a ban ― if the people weren’t behind it, would they?

Our research tells us that this isn’t quite the case. It turns out the American people aren’t enamored with the idea that their cash could potentially become worthless should this trend continue.

We recently conducted a study of 1,000 US consumers and asked the question: should the US government eliminate paper cash and make all money digital?

Only 13 percent of respondents said yes, while 76 percent said no. Let’s take a deeper look at why so many are seemingly opposed to a cashless society, as well as the primary arguments for banning cash as a medium of exchange.

The Pros of a Cashless Society

Once we get over the initial shock that would come with an entirely cash-free society, we can begin to consider the potential benefits that would come from such a transition. Also, consider that most of these arguments for a cashless society are simply inversions of the arguments against it.

Transparency, or Rooting Out Corruption and Crime

One of the strongest arguments for conducting all transactions on some form of credit or debit card is “transparency”. Meaning, in this instance, that every single transaction would be recorded on a permanent record reviewable at any time by authorized parties.

The same could be said for corruption of all kinds. Whether it is a crooked politician or law enforcement officer taking bribes, or a soccer referee who is paid by a nefarious character to fix the outcome of a match, corruption would generally be more difficult to conceal.

There is a reason why many businesses are “cash-only”. Cash makes it easier to fudge the numbers, and in the same breath more difficult to conduct accurate audits of businesses, individuals, and institutions.

Maintaining a universal standard of all transactions by eliminating cash would not only make it easier and less costly to conduct personal accounting,  but also to conduct audits.

This one is simple: if you don’t ever need to carry cash, you don’t have to worry about losing cash, or going to the ATM to get more cash or any of the other hassles that we tend to associate with cash. It’s difficult to argue against the idea that a cashless society is a more convenient society.

The extra effort that comes with keeping track of cash transactions, whether for accounting or auditing purposes, comes at a cost. Eliminating the need to track these cash transactions would, in theory, save the government money and, one would hope, those savings could be passed onto the people.

Despite these potential benefits, some still argue that the risk that comes with taking any society cashless is greater than the potential reward.

The Cons of a Cashless Society

We love our cash. We have grown up in a world where we can use cash when we want, where we want, to purchase the goods and services that we want. The idea that this could no longer be possible is understandably uncomfortable at the least and even frightening to some. In other words, change (no pun intended) is hard.

But beyond the fear of change, some smart people have put forth logical arguments about the potential downside of going cashless. Those arguments include:

The concept of a cashless society represents a major leap and one that shouldn’t be taken lightly. Though the ultimate decision whether to go completely cashless will likely not be up to people like you or me, we still must consider the potential issues that are likely to arise if and when the transition occurs.

I can’t tell you what to think, only present to you the primary arguments for and against moving to a cashless society. Trends tell us that societies are going increasingly cashless, and it will be increasingly important for thinking people who care about the future to form informed stances on the topic.

So ask yourself: how attached are you to your cash?

Study: Most Americans don’t realize federal banks are not solely owned by the government